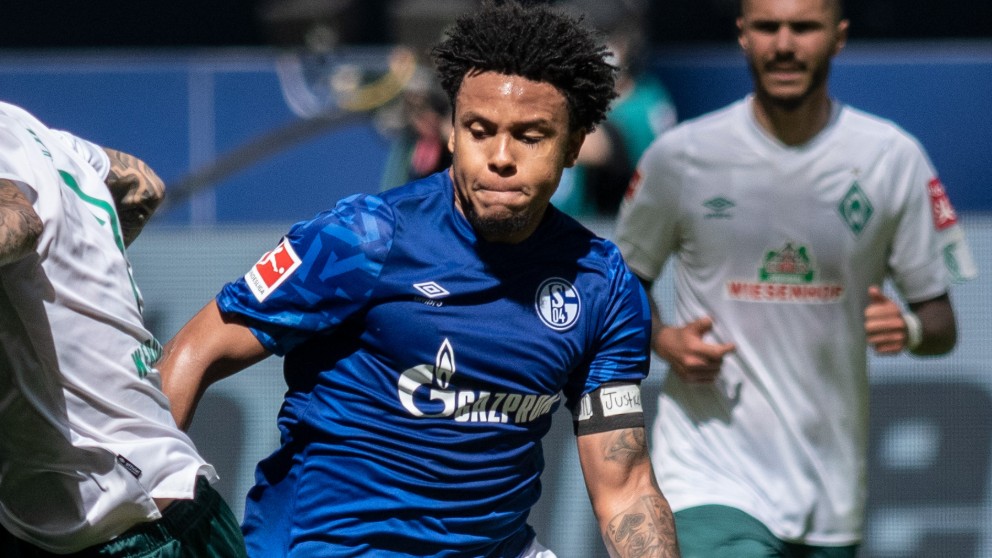 When Luchi Gonzalez joined FC Dallas as a coach in its youth system in 2012, he was given several months to observe the operation before taking over its U-18 squad that August. One of the players he noticed while making his way around the grounds was a kid who hadn’t yet turned 14 and could accurately be described as “underdeveloped … wasn’t physically a specimen … small.”

“He was just crafty. He was shifty. He was just confident. He played with a smile,” said Gonzalez, now the head coach of FC Dallas in Major League Soccer. “He just enjoyed the game. He enjoyed competing whether it was 11 versus 11 or small-sided or the technical. He was a social presence, just so respectable and loved the game. I remember seeing that from that kid.”

MORE: Sign up for ESPN+ to stream Serie A live all season

My, how McKennie has grown. He stands 6-1 now and weighs 185 pounds. He made 74 appearances over the past three seasons for FC Schalke 04 in Germany’s Bundesliga. He has 19 U.S. men’s national team caps and has scored six international goals.

He became, to the surprise of many, a target for one of the premier clubs in the world, Juventus, and was acquired this month in a loan deal that will become permanent if McKennie fulfills the plans conceived for him by manager Andrea Pirlo.

It’s one of the most audacious moves ever made by a U.S. national team player, and he followed it with a promise to Juventus TV: “You’ll expect 100 percent out of me every game, definitely. It’s all or nothing with me.”

Juventus has won nine consecutive Serie A championships, and they begin their attempt to make it 10 straight Sunday, opening the 2020-21 season vs. Sampdoria. Ronaldo plays there. They don’t just expect to make the Champions League, as McKennie did with Schalke in 2018-19, they are furious if they don’t win it. That’s how Pirlo came to be their head coach, taking over for Maurizio Sarri after last month’s failure in the round of 16 against Lyon.

It has been eight years since Gonzalez first noticed McKennie with FCD’s U-13s, but still this is a dizzying ascent.

“When he was U-15, U-16 … he got recognized by the national team, so he got called into residency with the U-17 national team. But he never was in that first group, that top-tier group,” Gonzalez said. “They had almost 30 players, and he was in the second group in a lot of his minutes and opportunities. And I think he got to a point where he just wanted to come back.

“I think he just missed being the protagonist. I think it was good for him that he was at residency and he suffered. He began playing with a chip on his shoulder. He had a point to prove.”

McKennie was committed to play for the University of Virginia around that time. George Gelnovatch knew he had landed a promising prospect when McKennie pledged to attend UVa, one talented enough he might spend only a season with the Cavaliers before pursuing professional opportunities.

In the spring before he was to enroll at UVa, however, McKennie played in the prestigious Dallas Cup tournament. Gelnovatch went to watch him against Everton’s youth side. The player Gelnovatch once saw as “a little pudgy” — and that’s not unfair, if you see a photograph of McKennie from that period — suddenly was a dominant force.

“I’m sitting in the stadium saying to myself, ‘If I’m somebody on that team, watching that game — because he was unbelievable — I would be making a bid for him.’ He was outstanding,” Gelnovatch told Sporting News. “It was about that time I started worrying about him making it to Charlottesville. I don’t know if anybody else was, but I was. That was a transformative performance, in my opinion. He was playing box-to-box. He looked like a young pro in his passing. His fitness had gotten better. For a player who was not tall, he was incredible in the air. I was sitting with one of my assistants and was blown away.”

A literal world of possibilities opened for McKennie afterward. By July, he told a reporter from the Frisco Enterprise in Texas that he remained committed to UVa but was intrigued about the possibility of playing for FC Dallas in MLS. By late August, he signed with Schalke and was expected to start with its U19 squad. Before the 2016-17 Bundesliga season was completed, he had made his debut for Schalke as a late substitute in a 1-1 draw against FC Ingolstadt. The following year, he was appearing regularly.

“It was a great move from his standpoint,” Gelnovatch told SN. “The Bundesliga is great for young American players, because the league gives young players a great opportunity. The way he transformed into playing for Schalke and in games with the national team is what I started to see in the games I mentioned. I watched him a lot with Schalke, and his ability to cover ground, his passing ability off the run — it’s just at a high level.”

At Schalke, McKennie appeared regularly in each of his three full seasons, including 13 league starts in his first year, when the team finished a distant second to perennial champion Bayern Munich, and four in the 2018-19 Champions League.

When the 2019-20 season was interrupted in March by the COVID-19 pandemic, Schalke was in a solid sixth place and he had established himself as a consistent starter. Upon the league’s return two months later, though, McKennie and his club went in opposite directions. He soared, scoring against Dusseldorf and Eintracht Frankfurt and trying furiously to elevate his team. They sunk, losing seven of nine games and drawing the other two. They did not win a game after Jan. 17.

“It was a bit of a mixed bag at Schalke,” said David Mosse, co-host of Alexi Lalas’ “State of the Game” podcast and a writer/researcher for Fox Sports soccer coverage. “The good part of it is, he got on the field a lot, got a lot of experience in a top European League. The negative part is I think his versatility worked against him. Schalke were a team with so many holes, and they seemed to use him to plug all those holes.

“From week to week, you didn’t know. Well, they need him to play center back this week. And next week, they need him to play up at center forward. I always feel like, for a player, versatility can be a double-edged sword. I suppose if you accept your lot as a role player, that’s fine. But if you actually want to leave your mark on the game, players need to find a spot on the field where they can really develop and learn how to play. That’s what was lacking for him at Schalke that hopefully he gets at Juventus.”

Indeed, a club such as Juve does not have an abundance of weaknesses. It has top players nearly everywhere. It has them in the central midfield, which is where McKennie is expected to fight for playing time and a position to call his own.

MORE: Serie A Matchday 1 fixtures and how to watch

“I think we all felt he was ready for a step up from Schalke, but the clubs he was linked with — like Hertha Berlin and Monaco — it was a bit underwhelming, felt like sideways-ish moves,” Mosse told SN. “So people were starting to talk themselves into, ‘Well, if that’s what’s out there maybe another season at Schalke is not the worst thing in the world.’ And so for Juventus to swoop in out of nowhere is pretty amazing.”

Gonzalez said McKennie, in effect, “is going to have to start all over again.” With such young players as Arthur, Adrian Rabio and Rodrigo Betancur, and veterans Sammy Khedira and Aaron Ramsey still on the books, there is plenty of competition for a significant role.

“It’s going to be a dogfight. For Weston to get on the field, he’s going to have to prove he can help them win games right away,” Mosse said. “I don’t think this is a club that can afford to develop a player who isn’t ready to help them win in the short term. But what makes me somewhat hopeful about this situation, if you look at their midfield, he’s really the only player with a certain kind of skillset — sort of a scrappy, bulldog, box-to-box quality.

“You think about a guy like Pirlo, who has never managed a game before, so his frame of reference has to be his playing career. You think of the midfields he played on. The two that jump to mind are the one at AC Milan in the mid-2000s, when he played with (Gennaro) Gattuso, and I think an even better comparison was the midfield he played on in 2015, the year they got to the Champions League final, and he was playing with Arturo Vidal. I think Weston has a lot of Vidal to his game. You do need that one guy who’s going to win the ball back and bring energy, can pop up in the other team’s box and score goals and is good on set pieces.”

Mosse expects pressure on Juventus not only to succeed in Champions League, but also within Serie A. Inter Milan finished only one point behind Juve when the 2019-20 season was concluded, and Atalanta and Lazio were just five points back.

“At the end of the day, no regrets. He is where he needs to be, and we have a connection there. And I’m still going to believe he will play for our club one day in his career. I don’t think anyone can say he made the wrong decision; he certainly made a great one. I want to believe he could have had that pathway through our first team. Maybe that’s my bias, being part of the FC Dallas family, but at the same time I can’t be prouder of him or happier for him.”

Magnus Carlsen finds the champion toughness that could prolong his peak, define his 30s