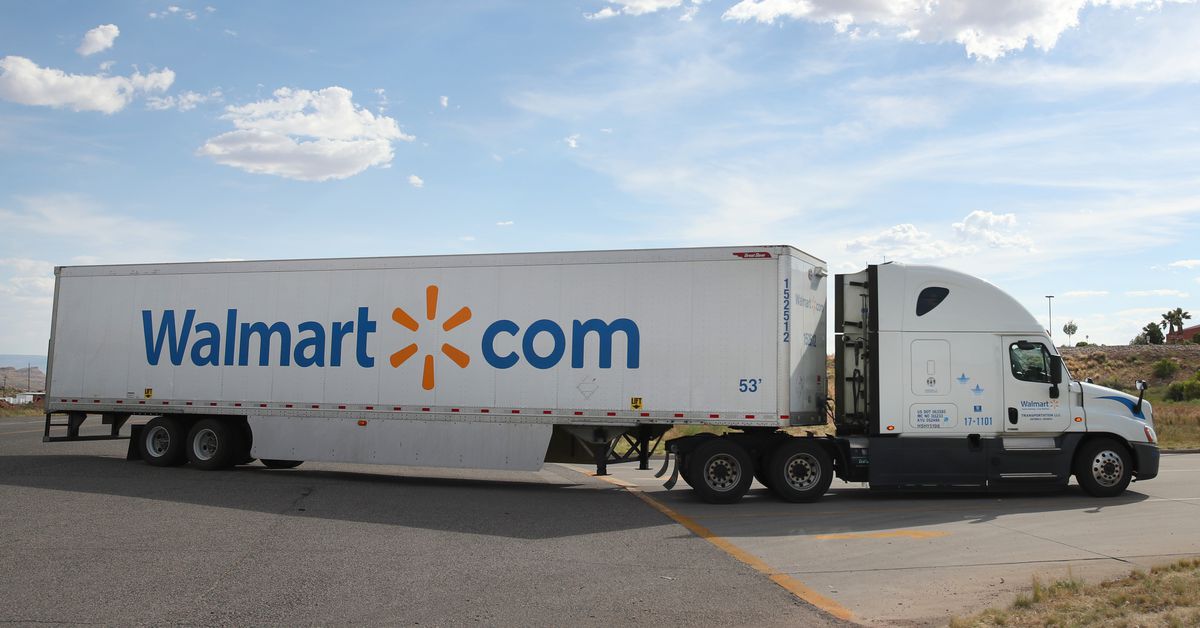 Amazon may have a 15-year head start, but Walmart is close to finally unveiling its own membership program that it hopes will eventually become an alternative to Amazon Prime.

Walmart plans to launch a new subscription service later this month called Walmart+ that will cost $98 a year. It will include perks like same-day delivery of groceries and general merchandise, discounts on fuel at Walmart gas stations, and early access to product deals, multiple sources told Recode.

Walmart originally planned to unveil Walmart+ in late March or April, Recode reported in February, but the retailer pushed back the launch date after the Covid-19 pandemic began sweeping across the US in March. It’s unclear whether the program will launch nationally, or first on a regional level, later this month.

While Covid-19 panic-buying helped boost Walmart sales to record highs earlier this year, its US e-commerce presence is still only around an eighth the size of Amazon’s. Today, Amazon is valued at $1.5 trillion, while Walmart is worth $337 billion. And Amazon Prime is a big reason why.

Launched in 2005, Amazon Prime has become a loyalty program that now boasts more than 150 million members globally and sports a portfolio of perks, including express delivery of groceries and other items, access to a large catalog of TV shows and movies, as well as exclusive discounts at Whole Foods stores. Amazon Prime members, who pay $119 annually in the US, shop more frequently and spend more on Amazon than non-Prime members do. They also do price comparisons less across competitor sites.

Perhaps most problematic for Walmart is the fact that more than half of its top-spending families now have Amazon Prime memberships, Recode previously reported. It’s a trend that has been several years in the making, as Amazon has made moves for Prime to appeal to households with less disposable income that historically have favored shopping at Walmart.

Amazon added a monthly payment option for Prime in 2016, a 45 percent Prime fee discount for those on government assistance in 2017, and ways for Prime customers to pay for orders with cash last year. While Walmart’s overall grocery business is larger than Amazon’s, one fear at the Bentonville, Arkansas, retailer is that top Walmart customers could eventually turn to Amazon for groceries as well, as they get sucked further into the Prime suite of perks.

When Walmart+ launches, the $98 annual membership is expected to include unlimited same-day delivery of groceries and other goods from Walmart Supercenters, reserved delivery slots and open-slot notifications, as well as some access to Walmart’s new Express two-hour delivery offering, though not unlimited usage. During the pandemic, customers have run into issues securing grocery delivery slots in some parts of the country as companies like Walmart and Amazon struggled to handle drastic increases in demand for online grocery services.

Walmart+ perks are also expected to include discounts on fuel at Walmart gas stations, early access to some product deals, and a Scan & Go service that would allow shoppers to check out in Walmart stores without waiting in line — a tool Walmart briefly tested but discontinued nearly two years ago. A Walmart+-branded credit card will also be introduced at some point after launch.

Walmart also has plans to add video entertainment components to the program, though the details of this remain unclear. This week, Walmart is unveiling an online family entertainment program called CAMP by Walmart, in partnership with the retail startup CAMP and the online video technology firm Eko. This video content, featuring celebrities like Neil Patrick Harris, Drew Barrymore, and LeBron James, will be free to all Walmart app users this summer. But the program could point to a future where similar programming is gated off for Walmart+ members. Walmart has also considered partnering with big media companies on video content perks.

The timing of the Walmart+ unveiling could both create opportunities for Walmart and present new challenges. On one hand, as Recode recently reported, “the share of people who said they have a positive impression of Amazon dropped from 74 percent in January before the pandemic hit the US to 58 percent in May in two similar, separate polls of more than 1,000 people conducted by Survey Monkey with Fortune and Recode, respectively.” Amazon customers have seen extended delivery times during the pandemic, especially in March and April, in part due to the company’s focus for several weeks on prioritizing delivery of essential items.

The pandemic has also accelerated adoption of grocery delivery while simultaneously forcing tens of millions of Americans out of work, which could make fuel discounts especially attractive. But at the same time, those same record unemployment numbers could call into question the timing of introducing a program that is asking customers to spend more with you than they have during even good economic times.

Either way, the Walmart+ initiative is a top priority for Janey Whiteside, the company’s chief customer officer who joined from American Express in 2018, according to sources. Other top Walmart leaders, including CEO Doug McMillon, have also been active in planning, signaling the importance of the initiative. Walmart executives have hoped the program would strike a balance of being valuable enough that customers will pay for it, while boasting different enough perks from Amazon Prime so that there aren’t perk-by-perk comparisons. Shoppers will soon be able to decide for themselves.

Forager, which lets users book, track, and manage shipments between the US, Mexico, and Canada, raises $10M Series A led by US Venture Partners (FinSMEs)

The state of employment in pandemic America, in 6 charts

Slack CEO Stewart Butterfield on competing with Microsoft, the future of work, and managing all those notifications