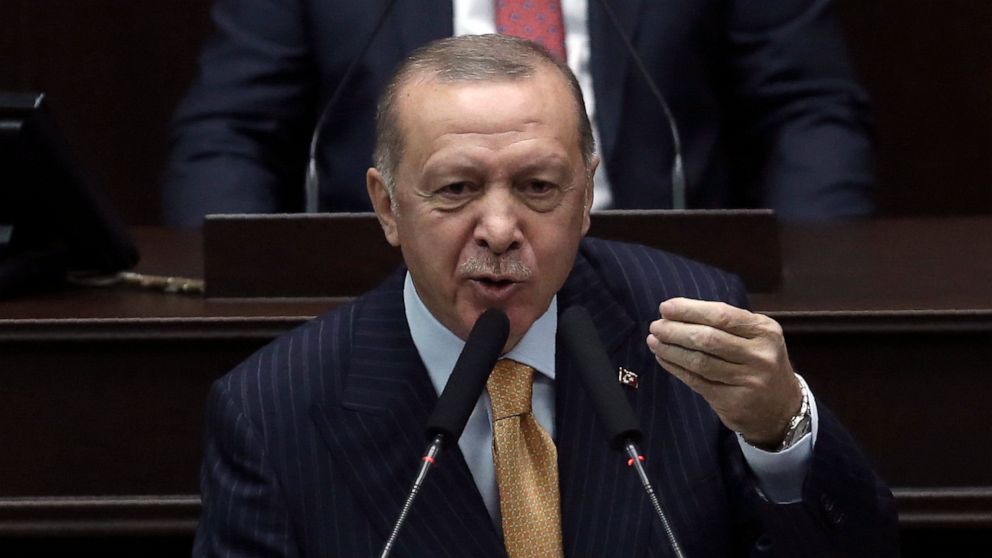 ANKARA, Turkey — Turkish President Recep Tayyip Erdogan threatened Wednesday to launch a new military operation in northern Syria if Kurdish militants are not cleared from areas along its border with Syria.

In an address to his ruling party’s legislators in parliament, the Turkish leader also said a Russian airstrike that targeted Turkey-backed Syrian rebels in Idlib earlier this week was an indication that Moscow was not looking for a lasting peace in the region.

“If all of the terrorists aren’t removed … as it has been promised to us, I repeat once again that we have a legitimate reason to intervene at any moment we feel the need to,” Erdogan said.

His comments came days after a suspected Kurdish militant — whom officials said had infiltrated into Turkey from Syria — blew himself up in a town in the border province of Hatay, following a police chase. Security officials killed a second militant.

In his first remarks on Monday’s airstrike that killed dozens of fighters, Erdogan said: “Russia’s attack targeting the Syrian National Army forces’ training center is a sign that a lasting peace and calm is not wanted in the region.”

The strike was the deadliest in Idlib since a Turkish-Russian-brokered truce there came into effect in March. It occurred as relations between Russia and Turkey show increasing signs of strain over Ankara’s military involvement in Syria, the Caucasus Mountains and in Libya, where Moscow also has interests. In Syria, Russia is a main supporter of Syrian President Bashar Assad’s government.

Turkey has carried out three major forays into Syria since 2016 to drive away Kurdish militants or the Islamic State group from the border area.

Last year, it sent troops into northeastern Syria to expel Syrian Kurdish fighters it considers to be terrorists from the area and to create a “safe-zone” where it hoped to resettle refugees. Turkey halted the offensive following separate deals with the United States and Russia that promised the withdrawal of the Kurdish fighters.