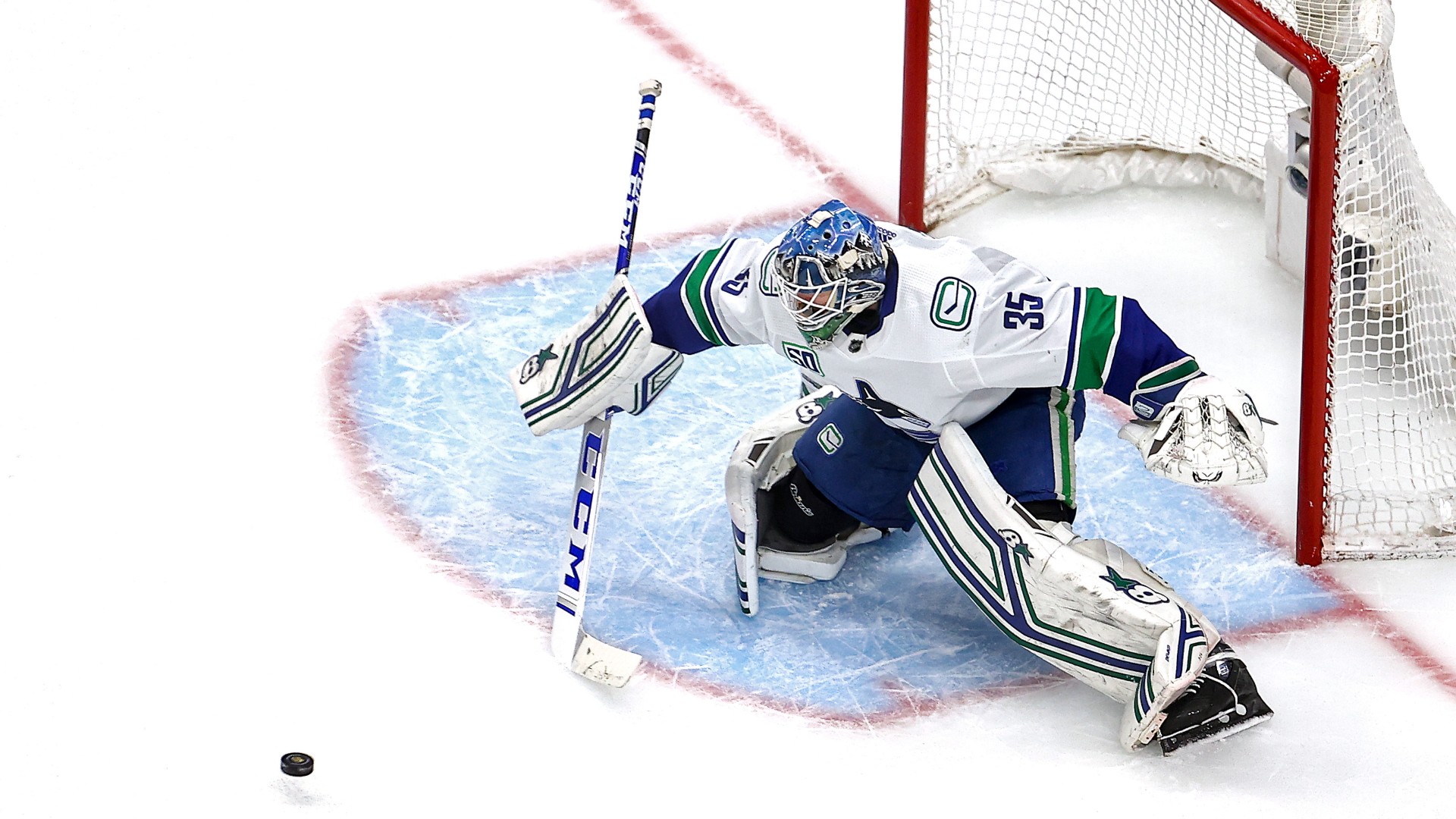 The Canucks needed a win on Tuesday night to avoid bursting their bubble — and they ended up having to do it without their No. 1 netminder Jacob Markstrom

Speculation ran rampant prior to the game as to who the Canucks’ starting netminder would be. In the end, yes, it was rookie netminder Thatcher Demko who got the nod.

Here’s a look through what led up to the Canucks Game 5 win:

(All time are Eastern)

Sunday night — Canucks lose Game 4 to the Golden Knights, leading to a potential elimination in Game 5 on Tuesday.

Monday night — According to the Daily Hive’s Rob Williams, Sportsnet’s Elliotte Friedman said, “After watching Markstrom on Sunday night — their MVP this year, a Vezina Trophy candidate before he got hurt — he’s either really tired or possibly banged up. I wonder if Vancouver’s considering Demko in Game 5.”

Demko does indeed find out he’s getting the start in Game 5.

1:45 p.m. — A fake Twitter account, made to look like the Canucks public relations handle, tweets: “Jacob Markstrom will not participate in tonight’s game (unfit to play).”

It got retweeted by the media.

2:10 p.m. — Canucks hold pregame availability and, of course, coach Travis Green did not show his hand.

Travis Green on if Jacob Markstrom starts tonight: “… he’s a competitor and warrior and as far as tonight, come to the game or tune in to the game to find out.”

5:46 p.m. — There is some speculation that, despite the fake tweet and lack of information from Green, Demko would in fact get the start.

Tonight will be Thatcher Demko’ s 1st start in 6 months.

Hearing Jacob Markstrom is day to day with a groin issue.

During the regular season, he went 13-10-2 in 27 appearances with a .905 save percentage. When Markstrom went down in February, he started seven of the team’s last eight games before the pause, going 3-4-0 with a .906 save percentage.

10:26 p.m. — First period ends and the Golden Knights outshoot the Canucks 10-6, with Demko’s squad not collecting its first shot till almost 10 minutes into the game.

“We knew that when he gets his chance he was going to be really dialed in and I don’t think anyone was surprised with how well he did,” said fellow rookie Quinn Hughes.

11:11 p.m. — Demko allows a goal to Shea Theodore in the second period to give the Golden Knights a 1-0 lead. Twenty-four seconds later, Brock Boeser tied it up.

11:21 p.m. — The second period mercifully ends as the Golden Knights put 18 shots on Demko while Vegas’ Robin Lehner only faced four from the Canucks.

According to Sportsnet Stats, he’s the first rookie to make his debut and win an elimination game since the Canadiens’ Jose Theodore 23 years ago.

“He’s a good pro, he’s a good goalie,” said Green postgame. “He’s worked hard to stay sharp and I was happy for him. Obviously question marks when a guy goes in the net when he hasn’t played in a while and he stood tall tonight.”