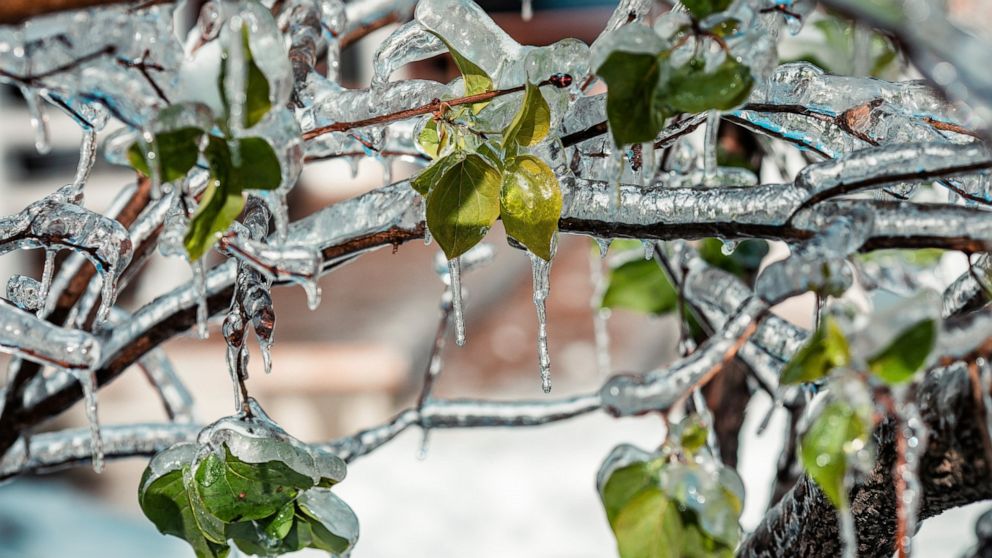 MOSCOW — Thousands of people in Russia’s Far East region of Primorye remained without heating or electricity on Wednesday, as local authorities and emergency services wrestled with the consequences of an unprecedented ice storm that hit the region last week.

According to Russia’s Energy Ministry, 5,800 Primorye residents as of Wednesday were still cut off from power, and 3,300 people in the city of Vladivostok, the region’s capital, still had no heating, the ministry said.

The region was hit by freezing rain on Nov. 18, and thousands of its residents woke up in dark, cold apartments the next day. Thick layers of ice covered trees, cars, roads and power lines, many of which broke under the weight.

The region hasn’t seen weather like this in 30 years, Primorye Gov. Oleg Kozhemyako said on his Instagram page. The ice storm continued for several days. On Saturday, nearly 180,000 people in the region had no electricity, heating or water, according to the regional government’s website.

The authorities have been working on restoring power supplies in the region for a week. Shelters and hot meals for those affected were organized. The government allocated 700 million rubles ($9 million) of assistance to the region, where a state of emergency was declared Friday.

Commenting on the situation, Kremlin spokesman Dmitry Peskov said Monday that the ice storm was rather severe and “inflicted colossal damage onto the urban infrastructure” and pointed out that, while the authorities were taking all necessary measures to deal with the situation, the consequences from the force of nature couldn’t be eliminated quickly.