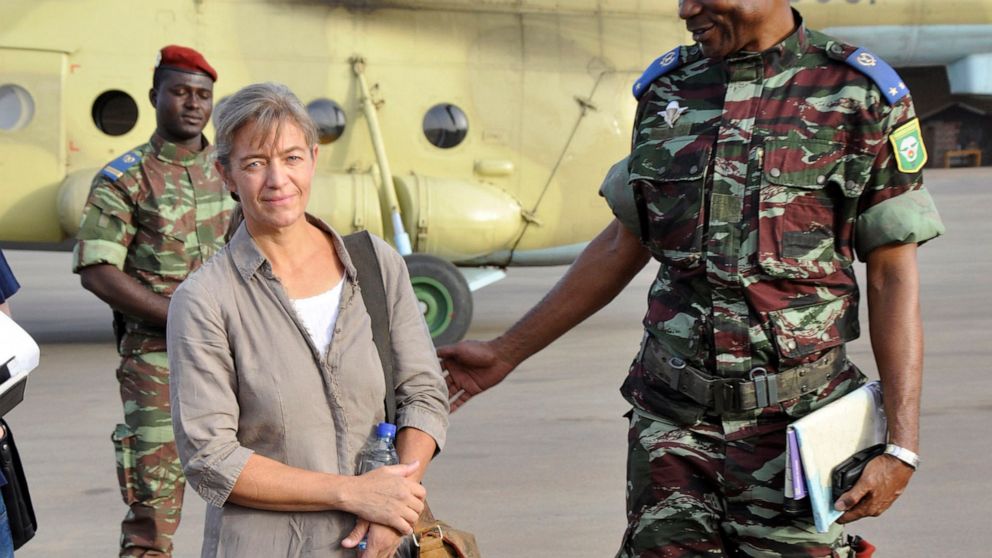 GENEVA — Switzerland’s Foreign Ministry said Friday that a Swiss woman who was held hostage in Mali has been killed by an Islamist group.

The ministry said it was informed by French authorities that the hostage had been “killed by kidnappers of the Islamist terrorist organization Jama’at Nusrat al-Islam Muslimeen about a month ago.”

The group, known as JNIM, is Mali’s branch of al-Qaida.

Switzerland’s foreign minister condemned the killing of the hostage, Beatrice Stoeckli, whose release his country had quietly been trying to negotiate since she was kidnapped four years ago.

“It was with great sadness that I learned of the death of our fellow citizen,” Ignazio Cassis said in a statement. “I condemn this cruel act and express my deepest sympathy to the relatives.”

Cassis said the exact circumstances of her killing were still unclear.

“The information about the killing was obtained by the French authorities from the recently released French hostage,” the ministry said.

Stoeckli, a Christian missionary, and at least four further foreign hostages were also held by JNIM and its associates. The fate of the others wasn’t immediately known.

The Swiss Foreign Ministry said it was trying to find out more about the circumstances of the killing and the whereabouts of her remains.