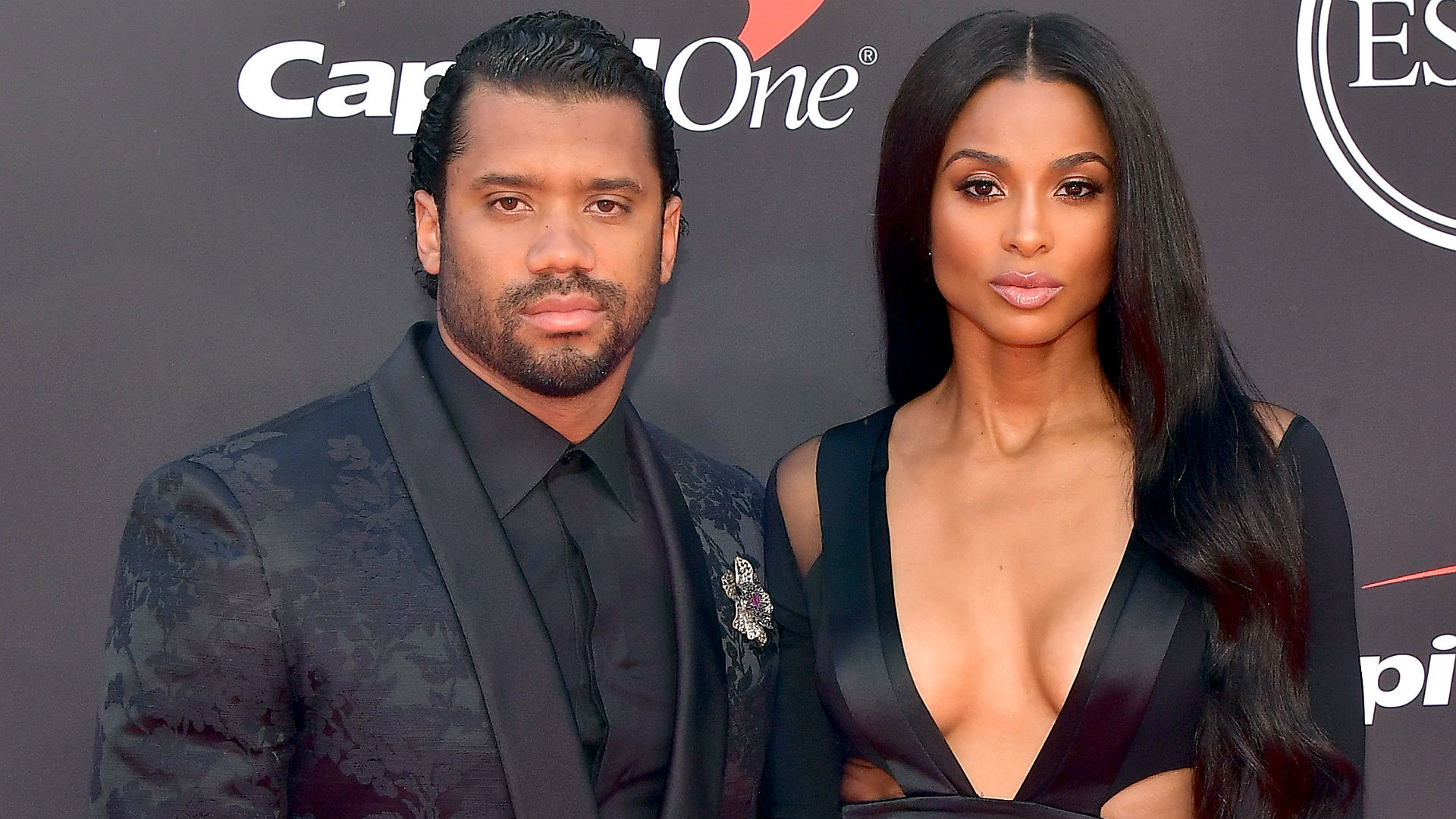 When Seahawks quarterback Russell Wilson takes the field for a big game, chances are his wife Ciara is at the stadium supporting her husband of three years.

In honor of the NFL star and Grammy Award-winning singer-songwriter’s marriage, let’s take a look back at their relationship timeline.

A tough year for Wilson and Ciara set the stage for their future together.

Wilson filed for divorce from his first wife, Ashton Meem, in April 2014, after two years of marriage.

Ciara ended her relationship with her fiance, rapper Future, in December 2014. Their son, Future Zahir, was 6 months old at the time.

While it remains unclear how the pair met, Wilson and Ciara made their first public appearance as a couple at a White House state dinner in honor of Japanese Prime Minister Shinzo Abe.

During an interview with The Rock Church in San Diego, Wilson announced that he and Ciara made the decision to remain celibate until marriage.

“She was on tour, she was traveling, and I was looking at her in the mirror … and she was sitting there and God spoke to me and said, ‘I need you to lead her,’ and so I told her right then and there, what would you do if we took all that extra stuff [sex] off the table, and did it Jesus’ way?”

According to Wilson, Ciara agreed with the idea, telling him they could “love each other without that.”

Wilson asked Ciara to marry him during a vacation in the Seychelles.

“She said yes!” said Wilson in an Instagram video after proposing.

Ciara allegedly believed Future may try to kill Wilson, according to TMZ.

In legal documents for her defamation lawsuit against the rapper and father of her firstborn son, Ciara laid out a number of supposed threats Future had made against Wilson.

Ciara believed an Instagram post with a gun emoji pointed at football emojis was in reference to Wilson, along with lyrics in Future’s track “Juice.”

Future raps, “Tryna f— my baby mama, dog what’s up with you? You gon’ make me get that heat, I’m pulling up on you.”

After a three-month engagement, the pair tied the knot at Peckforton Castle in Cheshire, England.

Wilson and Ciara also let the world know they were no longer practicing celibacy during a honeymoon Snapchat.

“Baby, you know what we’re doing tonight,” said Ciara to the camera.

“I know what we did last night, and we’re going to do it multiple times,” Wilson replied.

The pair announced on Oct. 25 that they were expecting a child together.

Wilson and Ciara welcomed daughter Sienna Princess to the world on April 29, 2017.

As the couple celebrated their three-year wedding anniversary, Wilson shared an Instagram video that mentioned his desire to have more children with Ciara.

“You’re just an amazing woman, you’re an inspiration to so many people, so many ladies around the world,” he said. “So, I love you for who you are. Many more years of love, fun and joy … and kids.”

Wilson became the highest-paid player in the NFL with a four-year, $140 million extension that included a record $65 million signing bonus and $107 million in guaranteed money overall. He celebrated the moment by posting a video while in bed with Ciara.

It didn’t take long for the clip to go viral on social media.

On Jan. 30, less than a year after declaring his desire to have more children with Ciara, Wilson announced on social media that his wife is pregnant with the couple’s second child.

It will be the third child for Ciara.

The gender reveal took place April 14. The couple used confetti cannons, which sent out streams of . . .

With the Red Cross warning governments to clamp down on a “second pandemic” of misinformation, the organization’s health and care