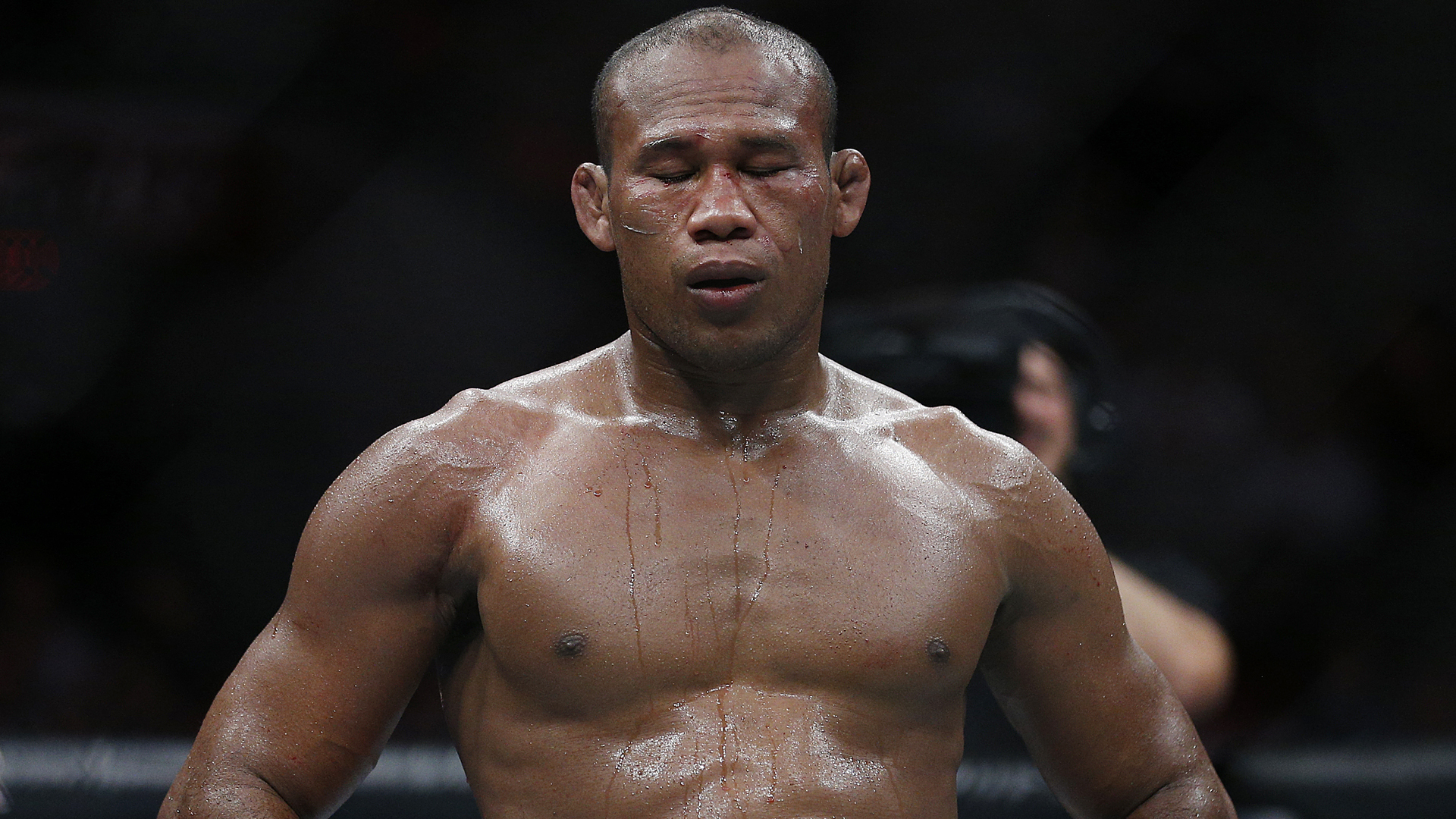 Ronaldo “Jacare” Souza will not fight at UFC 249 after testing positive for coronavirus on Friday.

The Brazilian was scheduled to face Uriah Hall in a middleweight bout on the preliminary card in Jacksonville, Fla., but he and two of his cornermen tested positive for COVID-19 while asymptomatic. The three have left the host hotel and will be self-isolating, the UFC announced.

The UFC also said there had been no other positive coronavirus tests ahead of UFC 249, which is headlined by a interim lightweight championship bout between Tony Ferguson and Justin Gaethje.

UFC officials decided to continued with the card after conferring with Florida athletic officials, according to ESPN.

The fact the event is still on is significant not just from a public health standpoint but also from a UFC business standpoint. The UFC has three fight cards scheduled in an eight-day span, beginning with Saturday’s event, to make up postponements caused by the COVID-19 pandemic. All three events are set to take place at VyStar Veterans Memorial Arena in Jacksonville.

UFC president Dana White told ESPN that the positive tests will not affect that schedule.

“We administered 1,200 tests this week, on 300 people,” White told ESPN. “It’s not unexpected one person would test positive. The system works. And what’s good about this, is now we know Jacare tested positive, he’s doing what he needs to do and we’re in a position to help him if he needs it.”

NBA Draft results 2020: Grades, analysis for every pick in Round 1

How to watch Premier League in the USA: Full TV schedule for 2020 EPL season on NBC channels