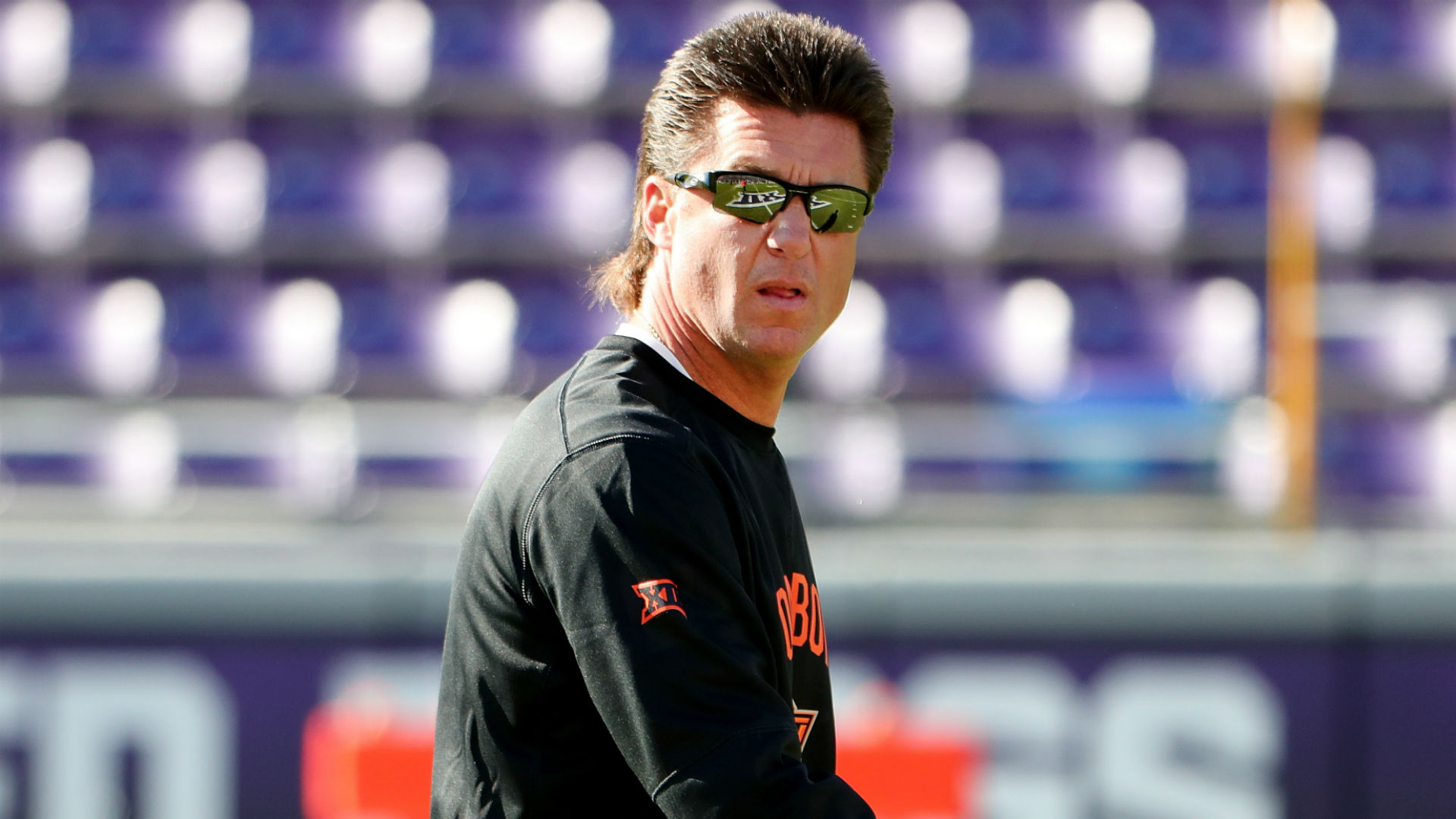 Oklahoma State football coach Mike Gundy said Tuesday he was sorry for causing “pain and discomfort” by wearing the T-shirt of a cable news channel that has called the Black Lives Matter movement a “farce” and other names.

Gundy recorded a one-minute video apology after a meeting with Cowboys players, many of whom were angry about the shirt. He appeared to be reading a statement as he said his opinion of One America News Network had changed. He was an admirer until Tuesday.

“Our players expressed their feelings as individuals and as team members. They helped me see through their eyes how the T-shirt affected their hearts. Once I learned how that network felt about Black Lives Matter, I was disgusted and knew that it was completely unacceptable to me,” Gundy said.

“I want to apologize to all members of our team, former players and their families for the pain and discomfort that has been caused over the last two days. Black lives matter to me. Our players matter to me.

“These meetings with our team have been eye-opening and will result in positive changes for Oklahoma State football. I sincerely hope the Oklahoma State family near and far will accept my humble apology as we move forward.”

A tweeted photograph of Gundy wearing an OAN shirt while on a fishing trip angered Cowboys 2,000-yard running back Chuba Hubbard, who threatened Monday on Twitter to sit out team activities in protest. Current and former OSU players backed Hubbard and then added allegations of racist behavior by Gundy. The coach did not address the racism claims in his apology Tuesday.

Hubbard appeared in a video with Gundy on Monday evening and apologized for not going to directly to his coach. Gundy said he met with players and added that he would make changes to improve the program’s culture.

Gundy told reporters in April that he admired OAN for being even-handed in its news presentation. The network has been described by media as a far-right-wing outlet that is fiercely loyal to President Donald Trump, enabling of Russian propagandists and devoted to advancing conspiracy theories.

San Judas Tadeo is Mexico’s patron saint of difficult cases and is usually honored with elaborate, crowded celebrations every year

5 fact-checks from the Senate’s hearing on social media