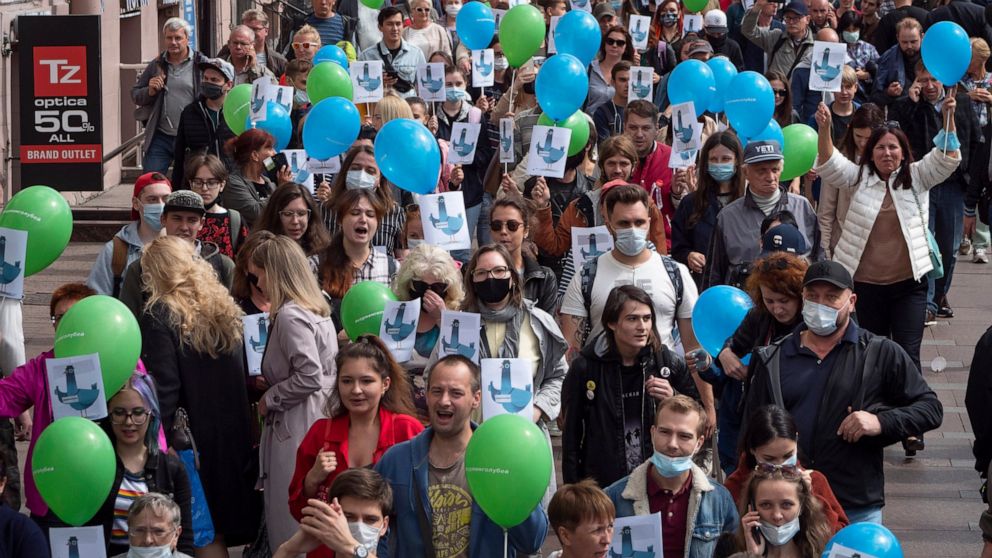 MOSCOW — Thousands of demonstrators gathered again Saturday in the major Russian Far East city of Khabarovsk to denounce the arrest of the region’s governor a month ago.

Sergei Furgal was arrested on July 9 on suspicion of involvement in murders and taken to jail in Moscow. The estimated 3,000 demonstrators protested the charges and want him returned to the city for trial. Furgal has denied the charges.

The protests have posed a challenge to authorities in Moscow.

Furgal, who has been removed from his post, is a popular figure in the region bordering China about 6,100 kilometers (3,800 miles) east of Moscow. Since his arrest, daily demonstrations have been held in the city, with attendance peaking on weekends.

Demonstrations in support of the Khabarovsk protesters were held in at least seven other cities in Russia. The OVD-Info organization that monitors political arrests said at least 10 people were arrested in those demonstrations.

No arrests were reported in Khabarovsk, where authorities have not interfered with the demonstrations, apparently hoping they will fizzle out.