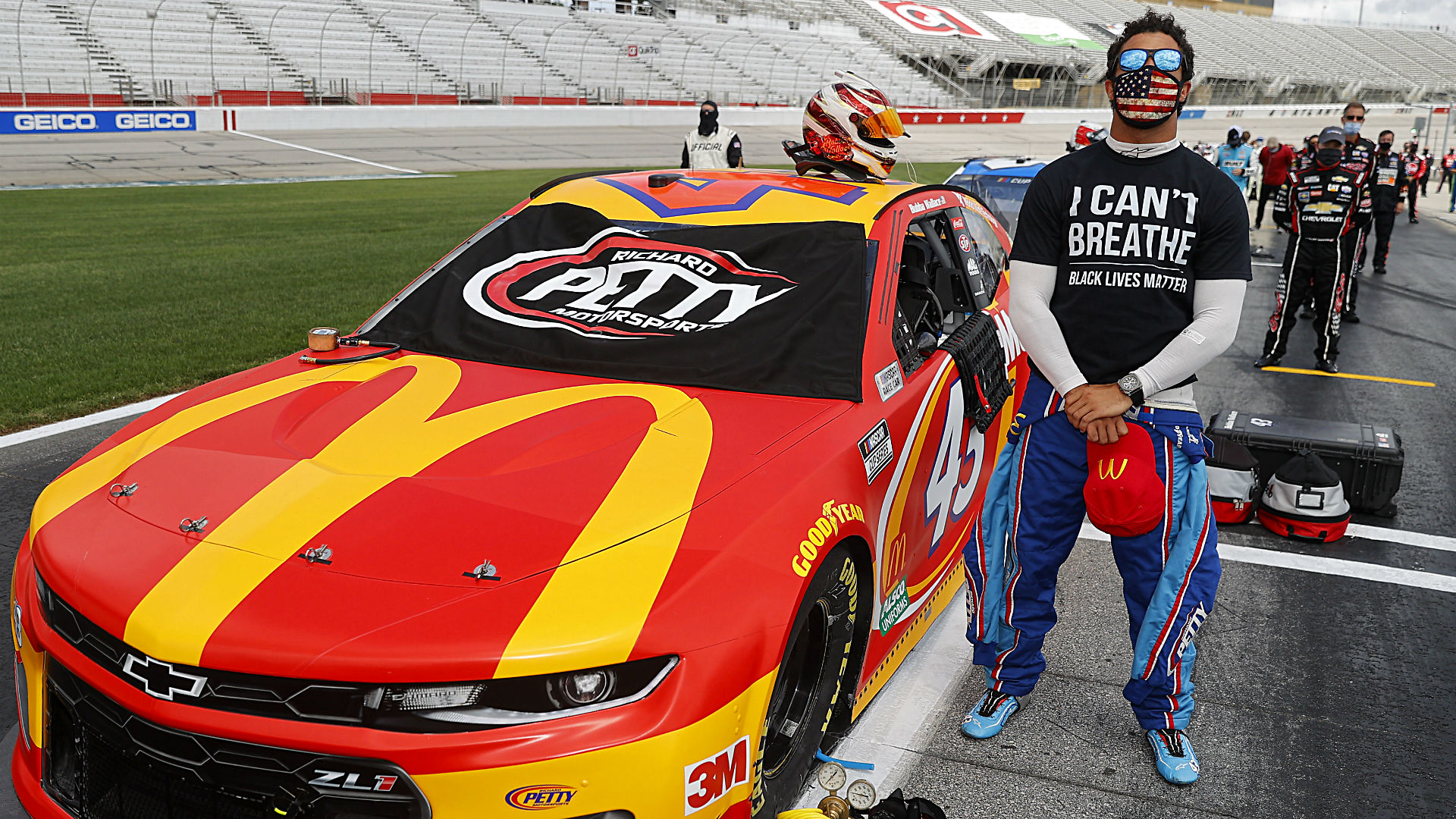 NASCAR said late Sunday it has begun an investigation into a report of a noose hanging in the garage stall of Bubba Wallace, the lone Black driver in the Cup Series, at Talladega (Ala.) Superspeedway.

It added that it would eliminate from the sport whoever was responsible.

Fox Sports’ Bob Pockrass reported that NASCAR is working with law enforcement to determine whether a crime was committed.

ESPN’s Marty Smith reported that a member of Wallace’s Richard Petty Motorsports team spotted the noose in the garage and alerted NASCAR. Smith added that Wallace never saw it.

Wallace tweeted to condemn the “despicable act of racism.”

Andrew Murstein, owner of Richard Petty Motorsports, told the Sports Business Journal, “You would like to think that the country has changed for the better in the last 40-plus years. Unfortunately, in many ways it hasn’t.”

Wallace has been working with NASCAR drivers to educate them about racial justice issues and the Black Lives Matter movement. He said in his tweet that “we will not be deterred by the reprehensible actions of those who seek to spread hate.”

The Cup Series listened to his request earlier this month and banned the Confederate battle flag from NASCAR events. That policy that was tested for the first time Sunday as fans were allowed back to watch races after being prohibited because of COVID-19. A Confederate flag was flown over the track before the race, which was postponed because of rain and rescheduled for Monday afternoon.

NASCAR is operating with fewer people in the garage area than usual since returning from a two-month suspension caused by the coronavirus outbreak. Fans are not permitted to enter the area, unlike in the past.

Sharks, Patrick Marleau re-up for what should be a historic season

The Wrap: Rugby learnings of Australia for make benefit glorious nation of Brumbies