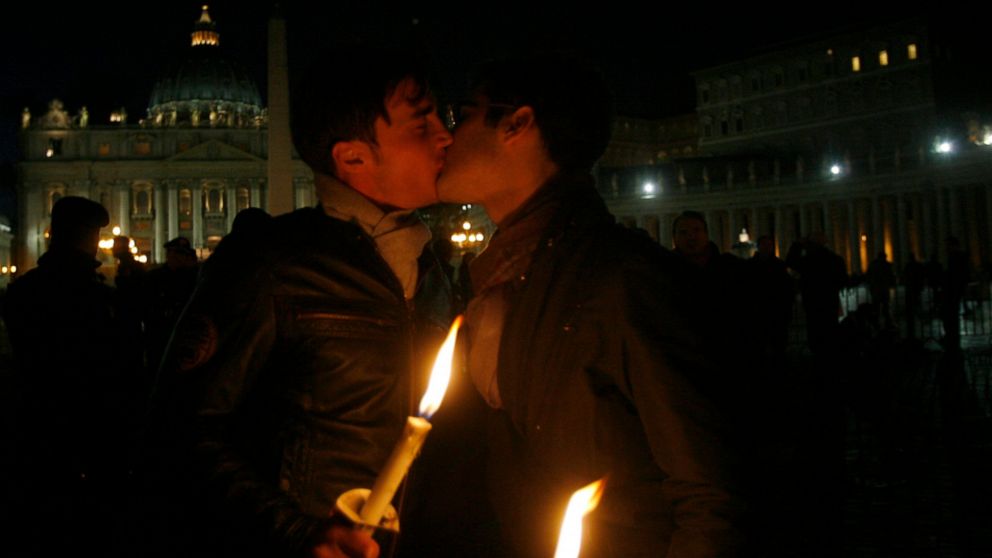 Pope Francis’ endorsement of same-sex civil unions has drawn mixed reactions in the Philippines, Asia’s bastion of Catholicism, with a retired bishop saying he was scandalized by it and an LGBT group welcoming the pontiff’s remarks

MANILA, Philippines — Pope Francis’ endorsement of same-sex civil unions drew mixed reactions Thursday in the Philippines, Asia’s bastion of Catholicism, with a retired bishop saying he was scandalized by it while an LGBT group welcomed the pontiff’s remarks with relief.

Retired Sorsogon Bishop Arturo Bastes said he “had very serious doubts about the moral correctness” of the pontiff’s position. He said it ran against long-standing church teachings, which explicitly permit only the union of man and woman whether in civil, legal or church sacramental unions.

“This is a shocking statement coming from the pope,” Bastes told reporters in a cellphone message. “I am really scandalized by his defense of homosexual union, which surely leads to immoral acts.”

At least three other bishops expressed disbelief, saying they would verify if it’s the Vatican’s official position and if the pontiff was accurately quoted in context in a documentary, where he made the remarks.

“It is just a documentary film so it is not official and should first be verified,” Balanga Bishop Ruperto Santos said, adding there could have been editing alterations or the documentary was “just for propaganda so that it could be talked about or patronized.”

The Catholic Bishops Conference of the Philippines, the largest group of bishops in the predominantly Roman Catholic nation, has yet to issue any reaction.

LGBTQ group Bahaghari told ABS CBN News that the pontiff’s position was a “huge thing” and should lead to changes in the Philippine family code to recognize such unions.

Presidential spokesman Harry Roque said Duterte has long supported same-sex civil unions and the papal endorsement may finally convince legislators to give their approval. In the past, such proposals have been opposed or avoided by conservative legislators or those who feared earning the ire of influential church leaders.

“With no less than the pope supporting it, I think even the most conservative of all Catholics in Congress should no longer have a basis for objecting,” Roque said.