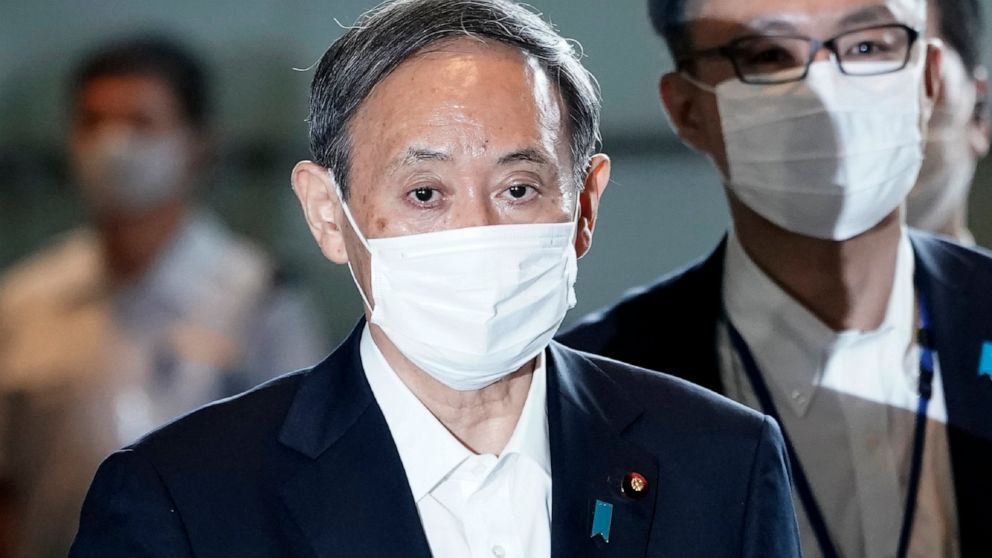 Japanese Prime Minister Shinzo Abe and his Cabinet resigned Wednesday, clearing the way for his successor to take over after parliamentary confirmation later in the day

TOKYO — Japanese Prime Minister Shinzo Abe and his Cabinet resigned, clearing the way for his successor to take over after parliamentary confirmation later Wednesday.

Abe, Japan’s longest-serving prime minister, announced last month that he was stepping down because of health problems.

“I devoted my body and soul for the economic recovery and diplomacy to protect Japan’s national interest every single day since we returned to power,” Abe told reporters at the prime minister’s office before heading into his final Cabinet meeting. “During this time, I was able to tackle various challenges together with the people, and I’m proud of myself.”

He said his health is improving thanks to treatment and that he, as a lawmaker, will support his successor-to-be, Yoshihide Suga, from now on. He also thanked the people for their understanding and strong support for the upcoming leadership under Suga.

Suga, chief Cabinet secretary for Abe’s government and long seen as his right-hand man, was chosen Monday as the new head of the governing Liberal Democratic Party, virtually guaranteeing his election as prime minister in a parliamentary vote Wednesday because of the party’s majority.

Suga, a self-made politician and the son of a strawberry grower in the northern prefecture of Akita, has stressed his background in promising to serve the interests of ordinary people and rural communities.

He has said he will pursue Abe’s unfinished policies, and that his top priorities will be fighting the coronavirus and turning around an economy battered by the pandemic. He gained the support of party heavyweights and their followers early in the campaign on expectations he would continue Abe’s line.

Abe, 65, has ulcerative colitis and his current treatment requires IV injections. He said last month his condition has improved but, facing ongoing treatment and physical weakness, he decided to resign.

Suga has praised Abe’s diplomacy and economic policies when asked about what he would like to accomplish as prime minister.

Suga, who does not belong to any wing within the party and opposes factionalism, says he is a reformer who will break down vested interests and rules that hamper reforms. He says he will set up a new government agency to speed up Japan’s lagging digital transformation.

In a reshuffle of the ruling party key posts, however, Suga evenly allocated top posts to key factions, a balancing act seen as a return of favor for their support in the leadership race.

Suga said he will appoint “reform-minded, hard-working people” to the new Cabinet, to be launched later Wednesday. About half of the members in the Abe Cabinet are expected to be retained or shifted to different ministerial posts.

Compared to his political prowess at home, Suga has hardly traveled overseas and his diplomatic skills are unknown, though he is largely expected to pursue Abe’s priorities.

The new prime minister will inherit a range of challenges, including relations with China, which continues its assertive actions in the contested East China Sea, and what to do with the Tokyo Olympics, which were postponed to next summer due to the coronavirus. And he will have to establish a good relationship with whomever wins the U.S. presidential race.

Return of mid-year Origin, Magic Round and regional games all confirmed in NRL 2021 draw