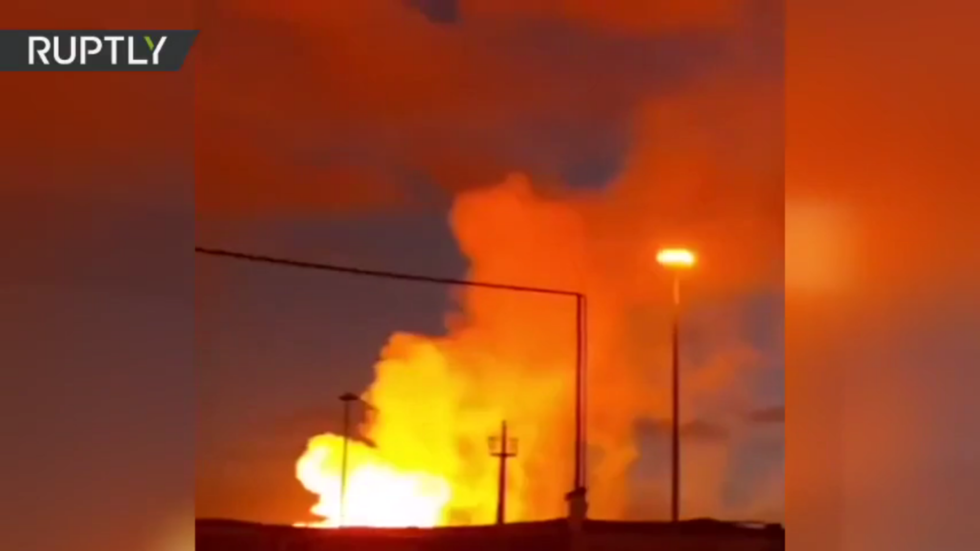 A senior official with Iran’s state gas company has alleged that terrorists were behind an explosion and massive fire on the pipeline transporting natural gas from the Islamic Republic to Turkey.

The official told IRNA that fighters from the Kurdistan Workers’ Party (PKK), a guerilla group active in eastern Turkey, have attacked the pipeline in the past. NIGC spokesperson Mohammad Asgari, meanwhile, described the blast as an “incident” without linking it to terrorism. According to the NIGC, at least one person was killed.

The explosion rocked the pipeline near the Gurbulak border gate with Iran in Turkey’s eastern Agri Province around 6am local time. Turkish media reported that the loud blast sparked a massive fire that could be seen by residents in local villages, with flames rising up to 40 meters (131 feet).

The flow of gas in the pipeline has been cut off as Turkish officials are determining the cause of the explosion. Turkish media did not report any fatalities on the ground.

The NIGC said that gas exports to Turkey will resume several days after the pipeline is repaired.

In early March, the PKK fired a rocket near the Gurbulak border gate, killing one person.

Also on rt.com US renews sanctions on Iran’s nuclear program, threatens economic pressure despite calls to lift restrictions amid pandemic

N.Korea says Seoul must stop ‘intrusion’ under pretext of searching for body of slain official, warns of ‘another awful incident’

Israel on cusp of fourth national elections in two years