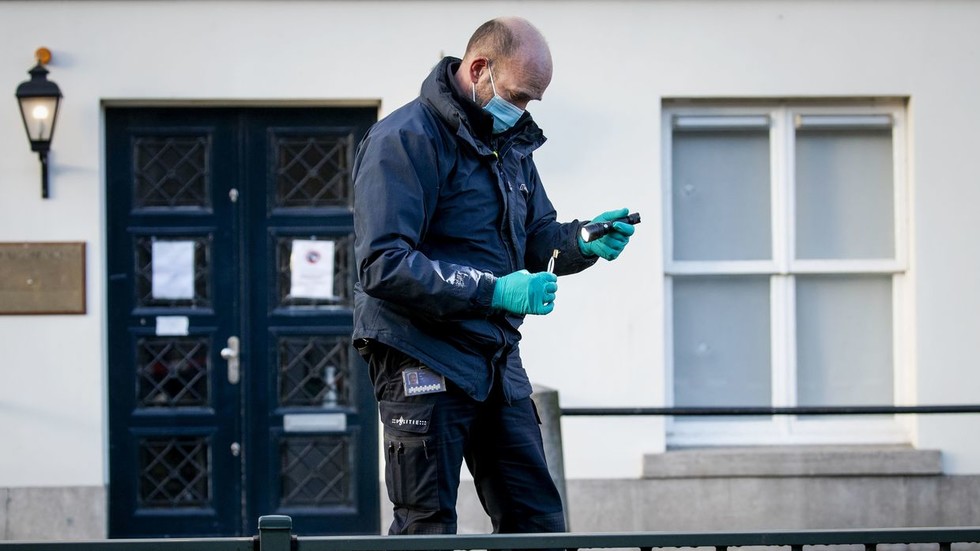 Dutch police scrambled to the Saudi Embassy in the Hague after the building was struck by gunshots in the early hours of Thursday morning.

The incident took place shortly before 6am local time on Koninginnegracht street according to police spokesman Steven van Santen. No one was injured in the incident, while the media reported at least 20 shots were fired.

Detectives have appealed for witnesses, while the motive for the shooting remains unclear. Photos published in the media show numerous bullet holes in the embassy windows.

Around 6 AM we received a report that multiple shots were fired at the building of the Saudi Arabia embassy on the #Koninginnegracht in #TheHague. No one was injured. We are currently conducting research. Witnesses who have information are requested to call 0900-8844.

The shooting incident comes mere hours after a bomb attack on Western diplomats attending a Remembrance Day service in the Saudi city of Jeddah.

Before Wednesday’s bomb attack, on October 29, a Saudi man was arrested after attacking and wounding a security guard at the French Consulate in the same city.

European states are on high alert following a slew of terrorist attacks in France and Austria blamed on Islamist radicals.

What killed hundreds of elephants in Botswana? Still unknown