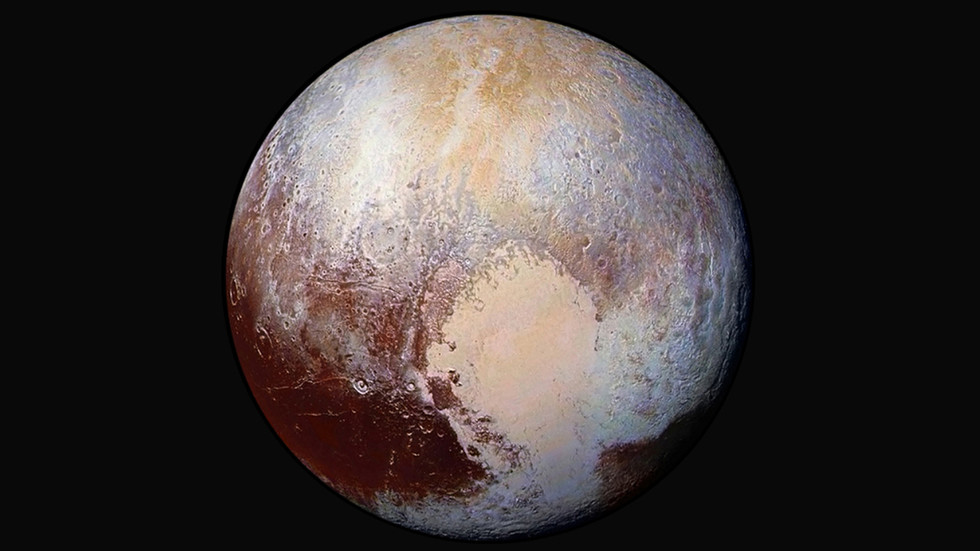 Despite its location in the outermost reaches of our solar system, new research suggests that material amassed since Pluto’s birth may have created enough heat to form a liquid ocean that remains intact beneath its icy surface.

A paper by researchers from the University of California Santa Cruz, published on Monday in Nature Geoscience, has given credence to the ‘hot-start’ theory that Pluto began its life with a subsurface ocean.

The findings are in direct contrast to the traditional view that Pluto came into being as a ball of frozen ice and rock which may have eventually generated enough heat via radioactive decay to melt its icy core and create a subsurface ocean.

The new evidence relies on the fact that water expands when it freezes and contracts when it melts. In a hot-start scenario versus a cold-start scenario then, scientists would expect different surface features generated by different tectonics.

The question is whether or not enough energy was available to give way to the hot-start scenario.

Since Pluto is far from the Sun, the only two possible sources of energy were heat released from decaying radioactive elements in the rock or gravitational energy released on impact with asteroids and other bodies.

According to the study, if all the gravitational energy was retained, it would be enough to create a liquid ocean – provided that the new material was able to insulate the heat under the surface.

Therefore, for the hot-start theory to work, enough material must have accumulated on Pluto’s surface fast enough to retain the energy and keep the ocean liquified beneath.

“How Pluto was put together in the first place matters a lot for its thermal evolution,” co-author Francis Nimmo, professor of Earth and planetary sciences at UC Santa Cruz, said. “If it builds up too slowly, the hot material at the surface radiates energy into space, but if it builds up fast enough the heat gets trapped inside.”

Pluto is located in the outer reaches of our solar system within the icy realm of the Kuiper Belt. However, what these new findings suggest is that other large objects may have started out hot and that the dwarf planets Eris and Makemake, for example, might also harbor oceans.

“Even in this cold environment so far from the Sun, all these worlds might have formed fast and hot, with liquid oceans,” Bierson said.

Serbia deploys army near border to protect against migrants