Long before the world had ever heard of covid-19, Kay Tye set out to answer a question that has taken on new resonance in the age of social distancing: When people feel lonely, do they crave social interactions in the same way a hungry person craves food? And could she and her colleagues detect and measure this “hunger” in the neural circuits of the brain?

“Loneliness is a universal thing. If I were to ask people on the street, ‘Do you know what it means to be lonely?’ probably 99 or 100% of people would say yes,” explains Tye, a neuroscientist at the Salk Institute of Biological Sciences. “It seems reasonable to argue that it should be a concept in neuroscience. It’s just that nobody ever found a way to test it and localize it to specific cells. That’s what we are trying to do.”

In recent years, a vast scientific literature has emerged linking loneliness to depression, anxiety, alcoholism, and drug abuse. There is even a growing body of epidemiological work showing that loneliness makes you more likely to fall ill: it seems to prompt the chronic release of hormones that suppress healthy immune function. Biochemical changes from loneliness can accelerate the spread of cancer, hasten heart disease and Alzheimer’s, or simply drain the most vital among us of the will to go on. The ability to measure and detect it could help identify those at risk and pave the way for new kinds of interventions.

In the months ahead, many are warning, we’re likely to see the mental-health impacts of covid-19 play out on a global scale. Psychiatrists are already worried about rising rates of suicide and drug overdoses in the US, and social isolation, along with anxiety and chronic stress, is one likely cause. “The recognition of the impact of social isolation on the rest of mental health is going to hit everyone really soon,” Tye says. “I think the impact on mental health will be pretty intense and pretty immediate.”

Yet quantifying, or even defining, loneliness is a difficult challenge. So difficult, in fact, that neuroscientists have long avoided the topic.

Loneliness, Tye says, is inherently subjective. It’s possible to spend the day completely isolated, in quiet contemplation, and feel invigorated. Or to stew in alienated misery surrounded by a crowd, in the heart of a big city, or accompanied by close friends and family. Or, to take a more contemporary example, to participate in a Zoom call with loved ones in another city and feel deeply connected—or even more lonely than when the call began.

This fuzziness might explain the curious results that came back when Tye, before publishing her first scientific paper on the neuroscience of loneliness in 2016, ran a search for other papers on the topic. Though she found studies on loneliness in the psychological literature, the number of papers that also contained the words “cells,” “neurons,” or “brain” was precisely zero.

Neuroscientists have long assumed that questions about how loneliness might work in the human brain would elude their data-driven labs.

Though the nature of loneliness has preoccupied some of the greatest minds in philosophy, literature, and art for millennia, neuroscientists have long assumed that questions about how it might work in the human brain would elude their data-driven labs. How do you quantify the experience? And where would you even begin to look in the brain for the changes brought about by such a subjective feeling?

Tye hopes to change that by building an entirely new field: one aimed at analyzing and understanding how our sensory perceptions, previous experiences, genetic predispositions, and life situations combine with our environment to produce a concrete, measurable biological state called loneliness. And she wants to identify what that seemingly ineffable experience looks like when it is activated in the brain.

If Tye succeeds, it could lead to new tools for identifying and monitoring those at risk from illnesses worsened by loneliness. It could also yield better ways to handle what could be a looming public health crisis triggered by covid-19.

Tye has homed in on specific populations of neurons in rodent brains that seem to be associated with a measurable need for social interaction—a hunger that can be manipulated by directly stimulating the neurons themselves. To pinpoint these neurons, Tye relied on a technique she developed while working as a postdoc in the Stanford University lab of Karl Deisseroth.

Deisseroth had pioneered optogenetics, a technique in which genetically engineered, light-sensitive proteins are implanted into brain cells; researchers can then turn individual neurons on or off simply by shining lights on them though fiber-optic cables. Though the technique is far too invasive to use in people—as well as an injection into the brain to deliver the proteins, it requires threading the fiber-optic cable through the skull and directly into the brain—it allows researchers to tweak neurons in live, freely moving rodents and then observe their behavior.

Tye began using optogenetics in rodents to trace the neural circuits involved in emotion, motivation, and social behaviors. She found that by activating a neuron and then identifying the other parts of the brain that responded to the signal the neuron gave out, she could trace the discrete circuits of cells that work together to perform specific functions. Tye meticulously traced the connections out of the amygdala, an almond-shaped set of neurons thought to be the seat of fear and anxiety both in rodents and in humans. 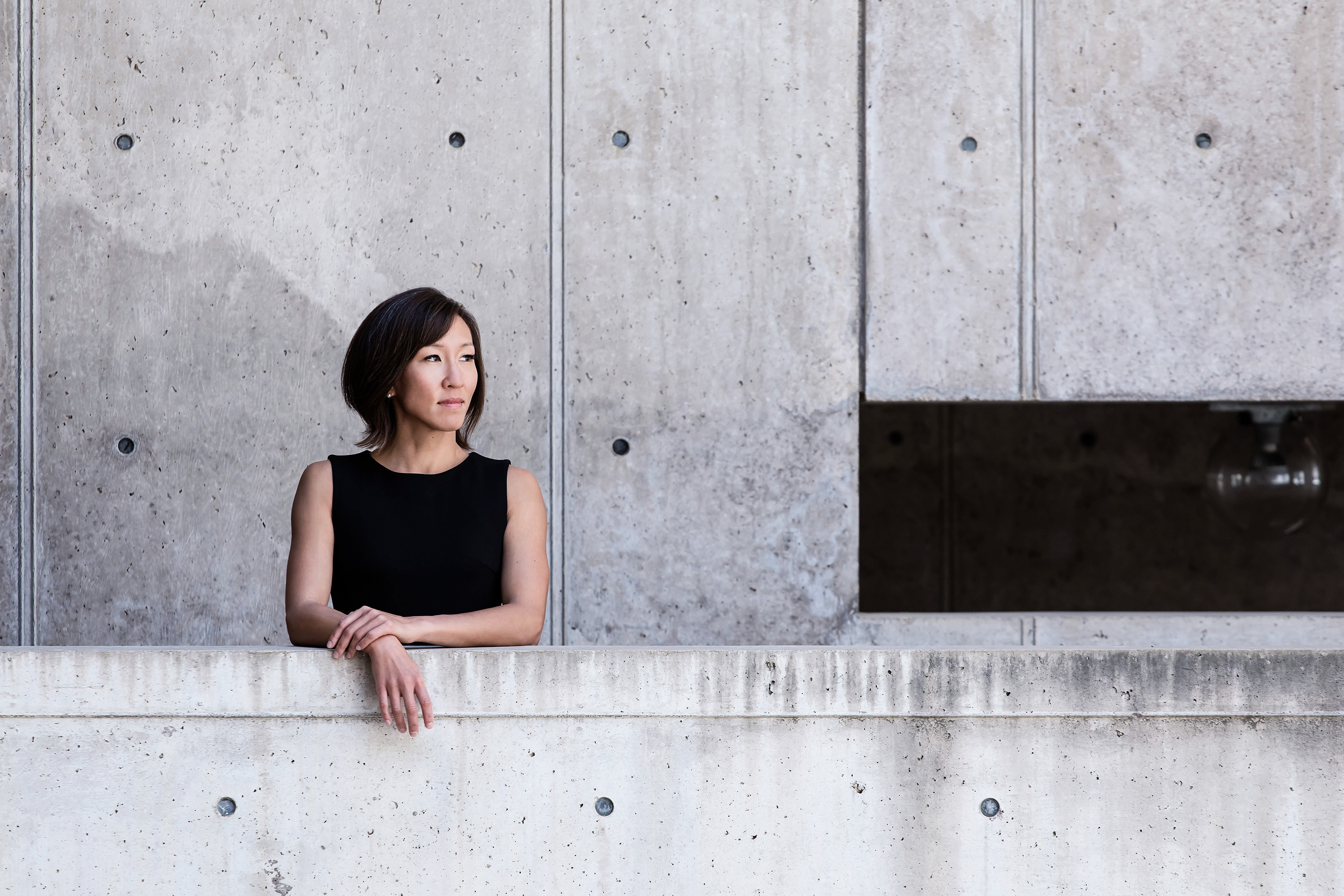 Kay Tye, a neuroscientist at the Salk Institute of Biological Sciences, is trying to detect and measure loneliness in the brain’s neural circuits.

Scientists had long known that stimulating the amygdala as a whole could cause an animal to cower in fear. But by following the maze of connections in and out of different parts of the amygdala, Tye was able to demonstrate that the brain’s “fear circuit” was capable of imbuing sensory stimuli with far more nuance than previously understood. It seemed, in fact, to modulate courage too.

By the time Tye set up her lab at MIT’s Picower Institute for Learning and Memory in 2012, she was following the neural connections of the amygdala to places like the prefrontal cortex, known as the brain’s executive, and the hippocampus, the seat of episodic memory. The goal was to construct maps of the circuits across the brain that we rely on to understand the world, make meaning of our moment-to-moment experience, and respond to different situations.

She began studying loneliness largely by serendipity. While scouting for new postdocs, Tye came across the work of Gillian Matthews. As a graduate student at Imperial College London, Matthews had made an unexpected discovery when she separated the mice in her experiments from one another. Social isolation—the very fact of being alone—seemed to have changed brain cells called DRN neurons in ways that implied they might play a role in loneliness.

Tye immediately saw the possibilities. “Oh, my gosh—this is incredible!” she recalls thinking. That the signs of social isolation could be traced to a specific part of the brain made total sense to her. “But where is it and how would you find it? If this could be the region, I thought, that would be super interesting.” In all her studies of neurons, says Tye, “I’d never seen anything about social isolation before. Ever.”

Tye realized that if she and Matthews could construct a map of a loneliness circuit, they could answer in the lab precisely the kinds of questions she hoped to explore: How does the brain imbue social isolation with meaning? How and when does the objective experience of not being around people, in other words, become the subjective experience of loneliness? The first step was to better understand the role the DRN neurons played in this mental state.

DRN neurons are shown here within the dopamine system and downstream circuitry.

Instacart is paying workers about the same to do 2-3 orders at a time as it does for one order as demand rises during the pandemic, interviews and receipts show (Johana Bhuiyan/Los Angeles Times)