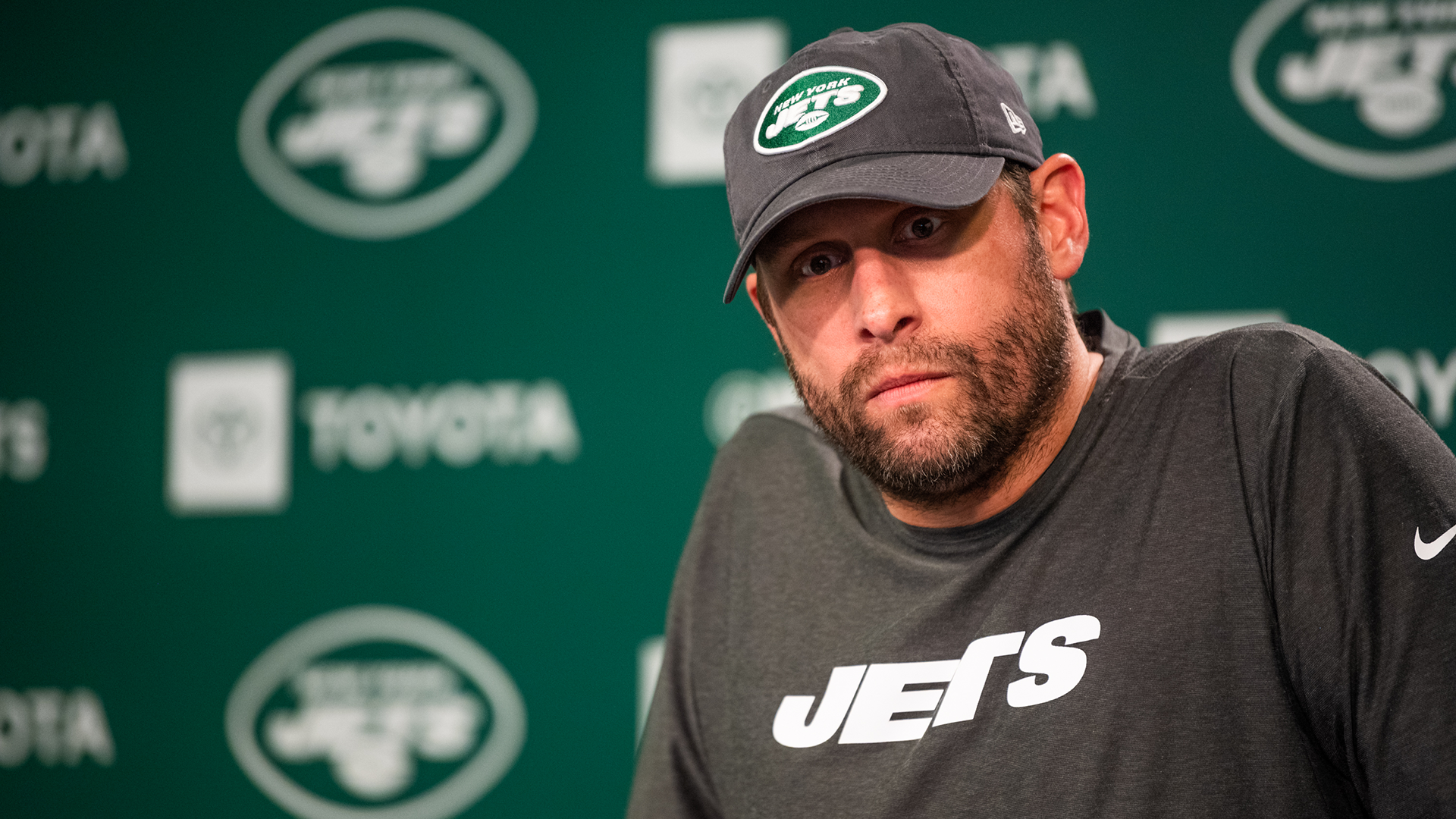 Adam Gase had quite the introduction to the Jets in January, 2019.

After being fired by the Dolphins, the Jets hired Gase in early 2019 as their head coach. He was introduced during a press conference, and his eyes

you ok there adam gase pic.twitter.com/95UuPQGISp

” target=”_blank”>ended up stealing the show. Instead of listening in on how Gase planned to change the Jets, people were captivated by his wandering eyes.

MORE: The oldest players in the NFL

It’s not clear what caused his eyes to do what they did. Some suggested it was a nervous tic Gase picked up, while others had some more nefarious suggestions. One of those people was Stephen A. Smith, who strongly hinted during an episode of “First Take” that Gase was on drugs.

“If that were a player, we’d either be asking for some test to be taking place or y’all would ask me to say, ‘Stay off the weed,'” Smith said. “I know nothing, I’m not accusing him of anything. I am simply saying that look, that look on that man’s [face] — he don’t look there.”

While many poked fun at Gase during the press conference for his eyes, he apparently did not find the humor in it. The Athletic’s Dan Pompei did a profile on Gase and said “almost everyone close to him did not [find the humor]” in Gase’s eyes.

Only two people had the gumption to tease him about it. A.J. Gase, 7, and Wyatt Gase, 5, prompted by a family elder who will provide outrageous servings of ice cream even if they don’t finish dinner, approached their father with wide, crossed eyes.

Now that was funny.

“Nothing’s sacred,” says grinning Joe Vitt, the naughty grandfather who put the boys up to the stunt. Vitt, a salty 40-year coaching veteran and current Jets outside linebackers coach, is also Gase’s father-in-law and one of his most trusted advisors. Vitt and his grandsons can get away with it. But nobody else can.

“Maybe I just don’t like being the focal point of attention,” says Gase, who makes his coaching debut with the Jets on Thursday against the Giants. “That’s how I am. If I don’t have a hat on, I’m very animated.”

MORE: We put Colin Kaepernick on every NFL team. Here’s what happened

Gase also indicated he’s aware of his eyes. In an interview on “The Michael Kay Show” shortly after the press conference ended, the hosts asked him about it. Before they could fully get their question out, Gase interjected and referred to it as “the glare.”

And while he was aware of his eyes going all over, he was not aware of what a meme is.

“I don’t even know what that is,” Gase said after being asked about becoming an internet meme. “I don’t have Twitter. I don’t have Instagram. I don’t look at the internet. I don’t really watch TV. I watch movies. That’s it. … And I don’t read the newspaper. The only time I get to know anything is when somebody tells me.”

Unfortunately the interview didn’t go deeper into how Gase became aware of his eyes, but it is interesting he was so aware of them that he knew what the hosts were going to say before they said it.

Gase’s introductory press conference was really the only time we’ve seen his eyes behave that way. He’s seemed much more relaxed since then and his eyes haven’t received the attention they did that day.