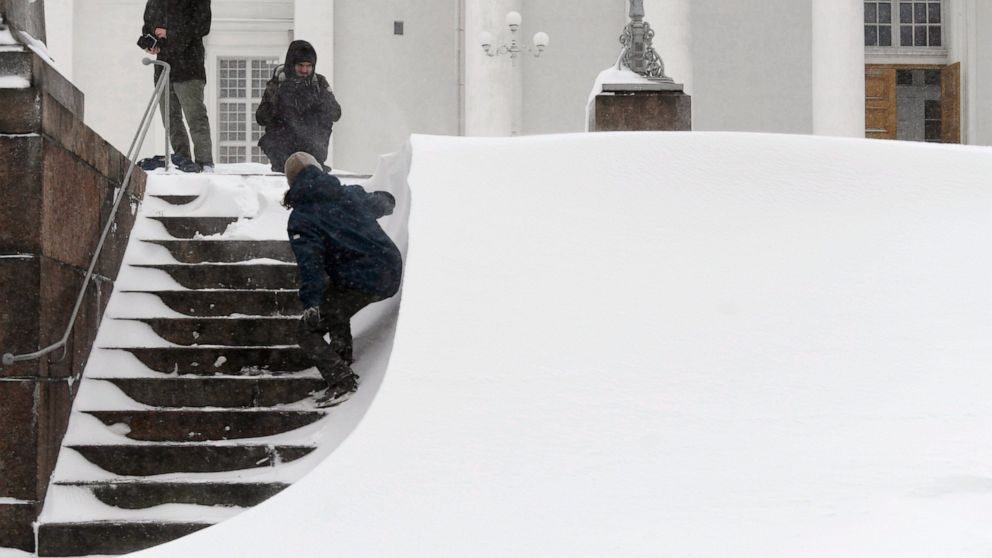 STOCKHOLM — Thousands of households across northern Sweden and southern Finland were without power Wednesday after heavy snowfall, and forecasters warned that particularly icy temperatures lay ahead for the Baltic Sea region.

In southwestern Finland, around 4,000 households were without power, according to Finnish broadcaster YLE, with authorities saying that number could rise. In Sweden, electricity provider Eon said about 3,000 homes were affected and added that power outages may go on longer than usual because it may be too risky to send out maintenance workers.

The Swedish weather service said the snowfall, which had affected the northern part of Sweden over the past 24 hours, was still taking place but was slowing down.

The Swedish Meteorological and Hydrological Institute reported snow accumulation of up to 60 centimeters (24 inches) in in northern Sweden.

In neighboring Finland, snow blanketed southern Finland, and warnings for poor road conditions have been issued for almost all of southern and western Finland.

YLE said the snowfall was expected to decrease Wednesday and would gradually be replaced by severe cold, with temperatures in the coming days dropping to -25 C (-13 F) in the south and -40 C (-40 F) in the Arctic region.

Mexico looks to reopen schools in just one of its states