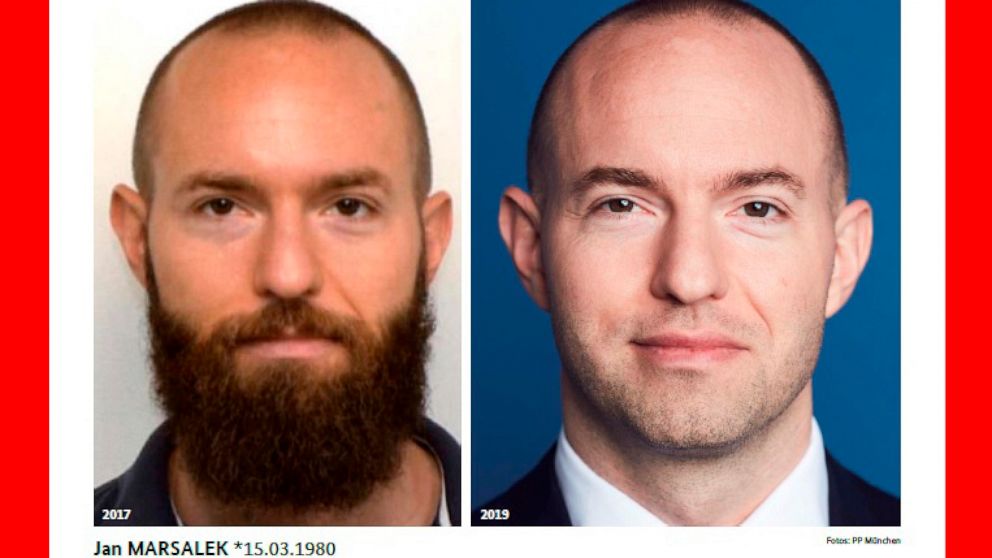 BERLIN — German investigators are appealing for the public’s help in tracking down the former chief operating officer of bankrupt payment company Wirecard who is facing allegations of fraud and other charges.

Federal police issued a wanted poster late Wednesday for Jan Marsalek, saying the 40-year-old Austrian is suspected to have fled Germany after learning authorities were after him.

The poster, headlined “fraud in the billions” features a 2017 photograph of Marsalek with a full beard and mustache, and a 2019 picture of him clean shaven.

Interpol put Marsalek on its most-wanted list Thursday, issuing a so-called red notice for him on allegations of “violations of the German duty on securities act and the securities trading act, criminal breach of trust (and) especially serious case of fraud.”

Munich-based Wirecard filed for protection from creditors through an insolvency proceeding on June 25 after executives admitted that 1.9 billion euros ($2.2 billion) that had been represented as being held in trust accounts in the Philippines probably did not exist.

Former CEO Markus Braun has been arrested, along with the company’s former chief financial officer and former head of accounting.

As chief operating officer, Marsalek was in charge of all operational business activities, including sales, and is suspected of having inflated the balance sheet total and sales volume of the company, police said.

Acting with Braun, Marsalek is alleged to have incorporated “fictitious proceeds from payment transactions relating to deals with so-called third-party acquirers in order to present the company financially stronger and more attractive to investors and customers,” police said.

Anyone with any information on Marsalek is asked to contact Munich police or prosecutors.