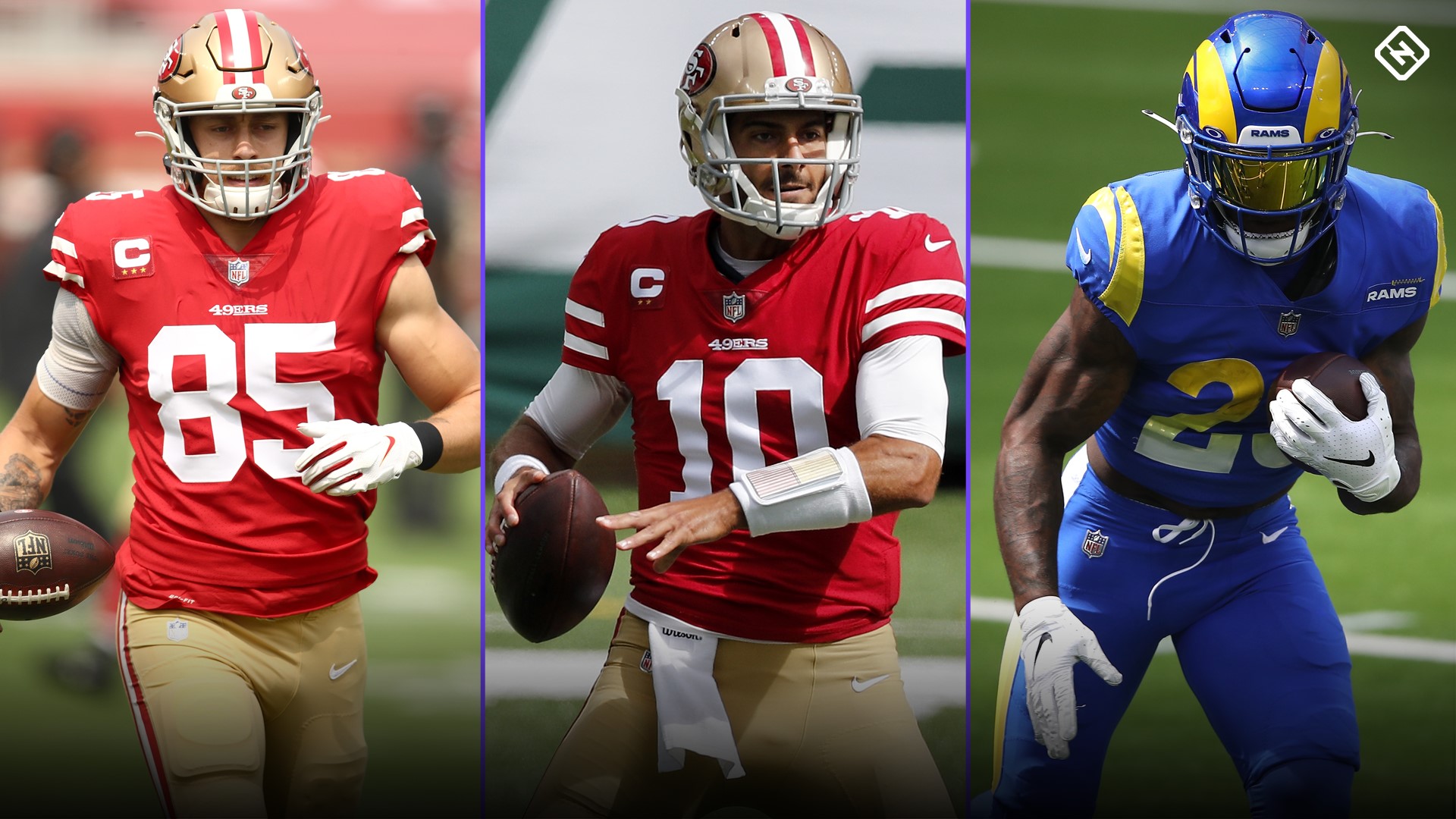 The 49ers dealt with a ton of Week 2 injuries and might consider their Week 3 activation strategy differently when it comes to George Kittle, putting a big dent in our fantasy tight end rankings. San Francisco may also be without its starting quarterback, Jimmy Garoppolo. And in the RB rankings, both the Rams’ and Broncos’ backfields are impacted by injuries to Cam Akers, Malcolm Brown and Phillip Lindsay.

For updates on injuries to top receivers like Davante Adams, Michael Thomas, Kenny Golladay and more, click here. For all the latest fantasy injury news and updates, check back here and on Twitter @SN_Fantasy.

Adam Schefter reported that the 49ers believe Kittle (knee) will return in Week 3 against the Giants, but Kyle Shanahan has suggested that the MetLife Stadium Turf (which saw a number of 49ers injured on it in Week 2 against the Jets) could impact Kittle’s Week 3 status. Kittle was a limited participant in Wednesday’s practice.

After San Francisco saw a number of key players knocked out of Week 2 and potentially out for much longer, it makes sense that the 49ers would want to be careful with their most impactful skill player. Kittle is an automatic start if he’s healthy, and if not, Jordan Reed is worth considering after catching two touchdowns in Week 2 (although Nick Mullens at QB is less exciting than Jimmy G).

Garoppolo didn’t practice Wednesday due to an ankle injury he picked up early in Sunday’s first half. He played through it until being ruled out at halftime. Shanahan called Garoppolo “week-to-week” earlier this week. Nick Mullens will start if Garoppolo is indeed out against the Giants.

While the Giants don’t pose a strong defensive threat, Mullens is still not worth considering unless you’re in a deep superflex or 2-QB league. San Francisco is an offense that hasn’t quite settled in with an established group of players yet and is still dealing with injuries. You can trust Jerick McKinnon and Kittle/Reed in Week 3, but that’s about it.

Cam Akers, who has separated cartilage in his ribs, didn’t practice Wednesday ahead of a Sunday meeting with the Buffalo Bills. Sean McVay had referred to Akers as “day-to-day” earlier in the week, which suggests Thursday and Friday’s practice reports are worth watching for the rookie running back.

Malcolm Brown (pinky finger) is also a bit dinged up but looks OK to play in Week 3, and Darrell Henderson played well after Akers departed in Week 2. This is a tough committee to trust anyone from if they’re all active, but if Akers is out, both Brown and Henderson warrant flex consideration.

Lindsay (toe) did not participate in Wednesday’s practice after missing out on Week 2 due to his turf toe injury. Lindsay worked on a side field with trainers while the media was allowed to view Wednesday’s practice. The Broncos host Tampa Bay in Week 3.

The Buccaneers have a stout defense that should likely keep Lindsay on your fantasy bench even if he is active again. Melvin Gordon is the only RB worth playing here, fitting as a risky RB2 play due to the matchup and the pairing with backup quarterback Jeff Driskel.