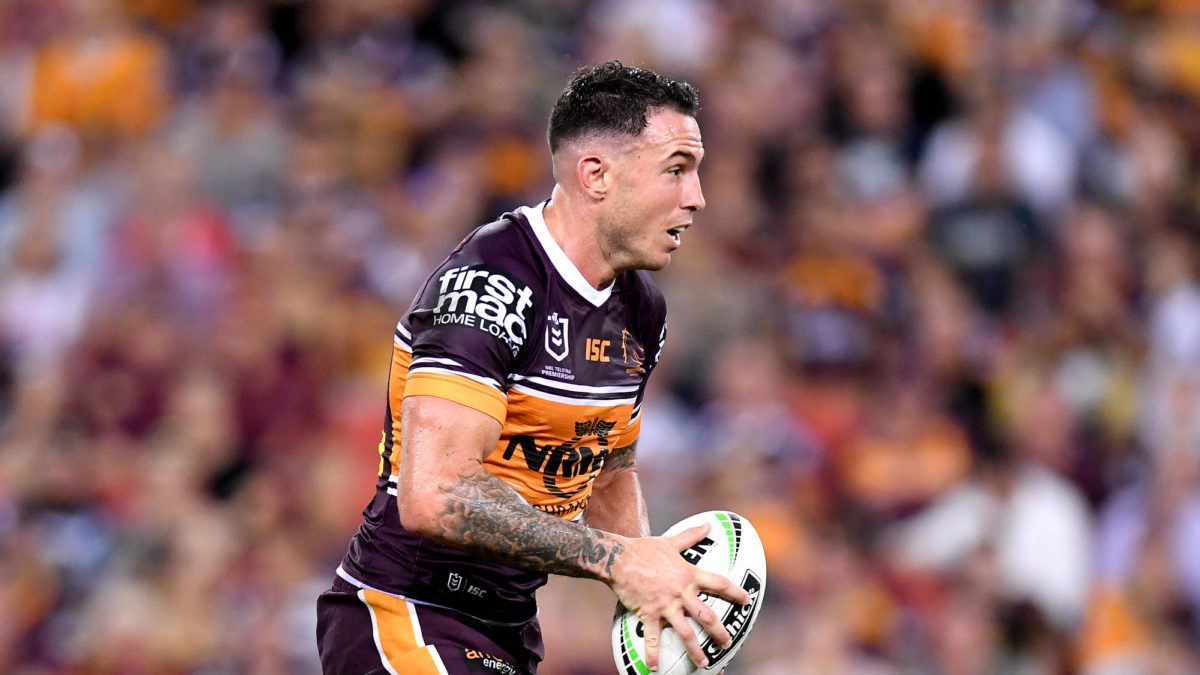 Brisbane veteran Darius Boyd’s return to fullback in Friday’s NRL match against Cronulla couldn’t have gone any better – except for the result.

The 33-year-old looked a different player for the Broncos in the number one jersey at Suncorp Stadium.

Providing a calm head to Brisbane’s troubled back line, Boyd was constantly in the right place at the right time to defuse multiple Sharks attacks.

In attack, four try assists says it all with the ex-Queensland and Australia representative pivotal in the Broncos moving to a 26-18 lead with just over ten minutes to play.

It should have been a match-winning hand.

Instead that advantage had become a 36-26 defeat by full-time as the Sharks stormed home with three tries in eight minutes.

Brisbane’s ninth defeat in ten matches leaves the 15th-placed club perilously close to the bottom of the ladder.

It also means another week at least of heartache for Boyd despite his own personal transformation.

“At the moment we’re finding ways to lose.

“We’re either being played off the park and we’re completely not good enough or we put in a real strong performance for 40 or 50 or 60 and we find a way.”

There’s little respite for the struggling Broncos with former mentor Wayne Bennett’s South Sydney up next.

Under-fire coach Anthony Seibold said Boyd’s display at fullback after weeks of pleading to be moved back to his preferred position, would almost certainly ensure Boyd retains that role for future weeks.

“He’s been wanting to play fullback for a little while,” Seibold said.

“I think he’s been doing a fantastic job at left centre for us, particularly defensively, but yeah he was, he was very good on both sides of the footy (on Friday).”

Colin Kaepernick kneeling timeline: How protests during the national anthem started a movement in the NFL