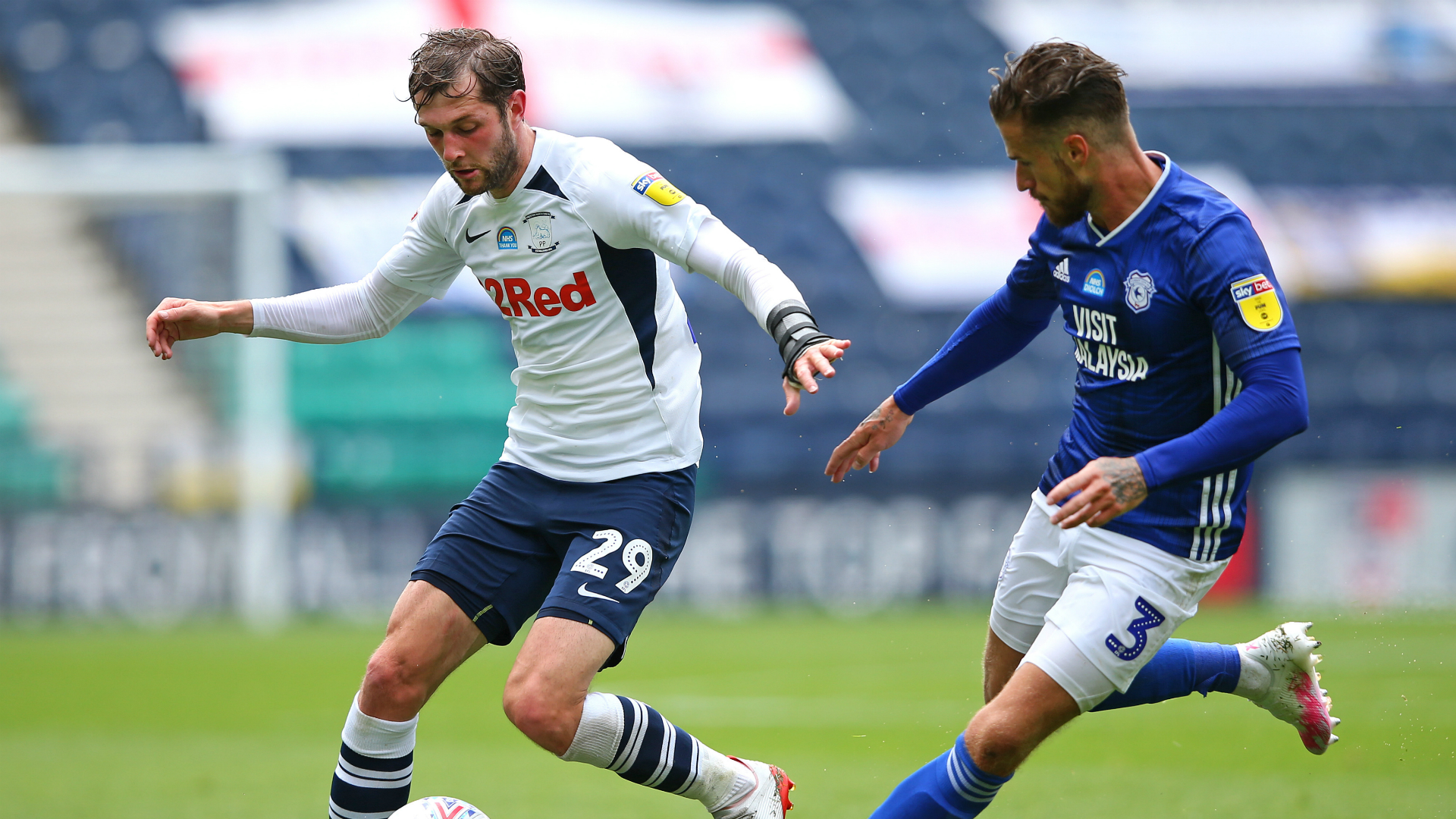 Tom Barkhuizen scored the opening goal as Preston North End pipped AFC Bournemouth to a 3-2 defeat in a Championship match.

The 27-year-old who scored the Lilywhites’ only goal in their 4-1 loss against Watford on Saturday, continued from where he stopped at Vicarage Road with another effort on Tuesday.

Barkhuizen broke the deadlock at the Vitality Stadium in the 16th minute, after benefiting from Daniel Johnson’s assist.

The goal was the only difference that separated both teams in the first 45 minutes and it stretched the 27-year-old’s tally to three goals after 14 games in the Championship this term.

Late goals from Junior Stanislas and Sam Surridge were not enough to complete Bournemouth’s fight-back as Scott Sinclair and Patrick Bauer sealed Preston’s fourth Championship win on the road this term.

Preston North End climbed to 14th in the league table after gathering 19 points after 15 matches. Barkhuizen and Alex Neil’s men will hope to build on the result when they host Wycombe Wanderers at Deepdale on Saturday.

Earlier this year, Barkhuizen was handed his maiden invitation to the South Africa national team for their 2022 Africa Cup of Nations qualifiers against Sao Tome and Principe in March, which were later moved to November.

The 27-year-old was expected to join Molefi Ntseki’s team as a tourist because he is yet to apply for South African citizenship.

A few months ago, Ntseki said; “We sent his agent an email to invite him to be part of this camp, to get a tourist visa so we can work with him at close range … for him to understand South African players and South Africa as a whole, so that when he goes back he can say he is happy and he wants to play in South Africa.

“Sometimes you want to bring someone here and get all the documents, but when he comes he decides here is not the place for him, so we decided to bring him to be part of the camp, and have training sessions with us.”