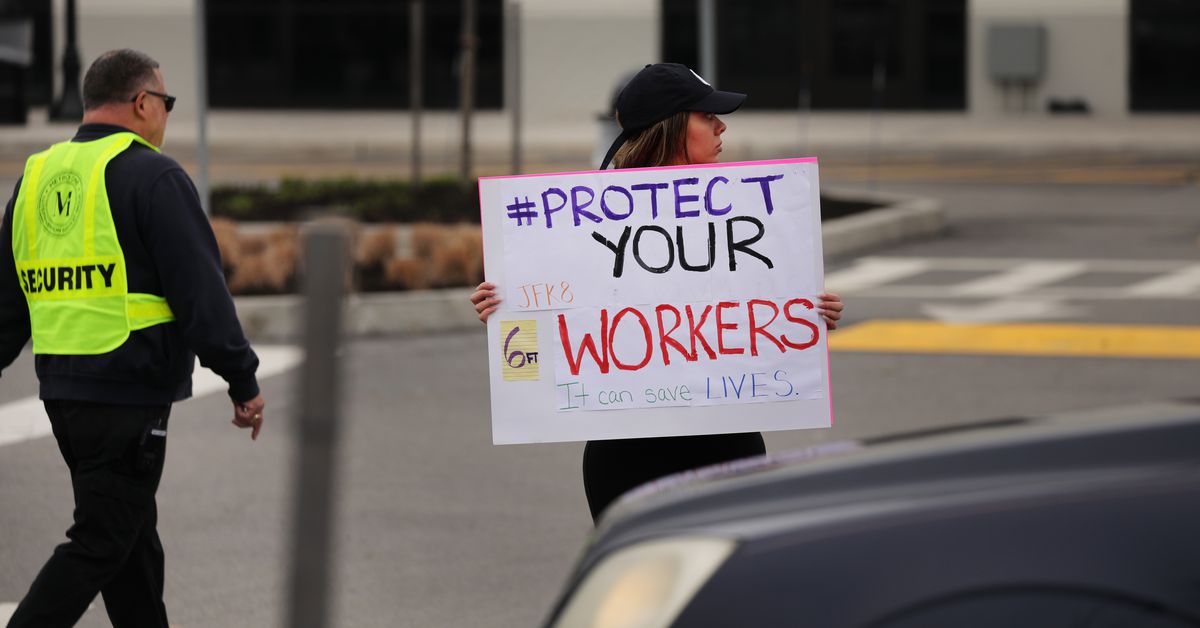 Amazon fired three of its employees over the last few days who criticized the company’s handling of warehouse worker safety during the Covid-19 coronavirus pandemic.

The company terminated the jobs of Bashir Mohamed, a warehouse worker at an Amazon facility in Minnesota, as well as corporate employees Emily Cunningham and Maren Costa, last week. Mohamed told BuzzFeed News he believes he was fired for his activist role; Cunningham and Costa told the Washington Post they believe they were targeted for similar reasons.

In statements to Recode, Amazon said it supports employees’ right to criticize their employer but that Mohamed was fired “as a result of progressive disciplinary action for inappropriate language, behavior, and violating social distancing guidelines.” Cunningham and Costa’s employment was terminated for “repeatedly violating internal policies.”

The dismissals come less than two weeks after Amazon fired Christian Smalls, a warehouse worker who led a small walkout at the company’s Staten Island, New York, fulfillment center to demand better health precautions for facility workers. That prompted New York City Mayor Bill de Blasio to announce a plan to investigate why Amazon fired Smalls, and it sparked outrage among some Amazon white-collar employees after the company’s top lawyer referred to Smalls as “not smart, or articulate” in leaked notes from an executive meeting.

The firings once again highlight the growing tension between Amazon and both internal and external activists who believe the company has not done enough to keep the front-line workers in its warehouses and delivery network safe during this once-in-a-generation pandemic. Amazon has dubbed these employees “heroes” and was one of the first companies operating during the pandemic to raise pay for its workers, by $2 an hour. In the last 10 days, the company has started providing workers with personal protective equipment, and it has also implemented temperature checks for workers at the beginning of shifts. But some workers have argued that some of the measures came too late and that figuring out how to qualify for the extra paid time off if you’ve been affected by the virus is still an unacceptably confusing process.

“People like Bashir, Emily, and Maren are bravely raising an important national conversation about Amazon’s utter failure to protect the health and safety of workers and the public in the middle of a pandemic,” Dania Rajendra, director of Athena, a coalition of activist groups criticizing Amazon’s labor and business practices, said in a statement to Recode. “Amazon could have chosen to listen to them. Instead, the company chose to silence them.”

The conflict comes at a moment the company is in the spotlight more than ever before, having been transformed during the global health crisis from a convenient method of one-click shopping into an essential service that millions of US residents have relied on as states and cities have issued stay-at-home orders across the country. Still, the company is set up to potentially become more dominant than it was before, as many of its brick-and-mortar retail competitors have been forced to shutter their stores and furlough or lay off thousands of employees.

Mohamed had been a worker organizer at a Minneapolis Amazon warehouse, where he had previously pushed for better working conditions. He most recently “had begun pushing for more rigorous cleaning and other measures to protect against the transmission of the coronavirus,” according to BuzzFeed News, which first broke news of his firing.

The two fired corporate employees, Cunningham and Costa, had worked at Amazon for more than two decades combined and had been vocal leaders of Amazon Employees for Climate Justice, an activist group that has criticized the company’s negative impact on the environment, including its work with oil companies. Amazon had previously threatened both employees with termination after they spoke publicly without permission about company business practices.

On Friday, the company also reportedly told another corporate employee, Chris Hayes, who had told the company he would quit on April 17 over its treatment of warehouse workers, that he was no longer allowed to finish working as originally planned. Hayes told the New York Times he was notified of this hours after he sent out an invitation to his corporate colleagues to a virtual discussion with warehouse workers and author Naomi Klein to discuss labor conditions at Amazon. The invitation for the discussion Hayes sent out has been deleted, according to three Amazon employees who spoke with Recode.

In recent weeks, the climate group Cunningham and Cost helped lead had circulated an open letter to Amazon CEO Jeff Bezos, urging him to improve warehouse worker safety amid confirmed Covid-19 cases at dozens of company facilities. The two workers had also either tweeted or retweeted criticism of the company’s warehouse labor practices in recent weeks and offered to match donations to front-line workers.

“I truly believe Amazon can play an incredibly powerful and good role during COVID-19,” said Cunningham in a statement sent to Recode. “But to do that, we have to really listen to the workers who are on the front line, who don’t feel adequately protected. Who fear getting coronavirus, or giving it to their families and the wider public.”

Foursquare is tracking you… responsibly

Source: Mobile World Congress organizer to cut 20% of its workforce, after the cancellation of the event in February; MWC has around 1,000 staff as per LinkedIn (Nate Lanxon/Bloomberg)

The pandemic is driving media consumption way up. But ad sales are falling apart.

San Judas Tadeo is Mexico’s patron saint of difficult cases and is usually honored with elaborate, crowded celebrations every year

5 fact-checks from the Senate’s hearing on social media