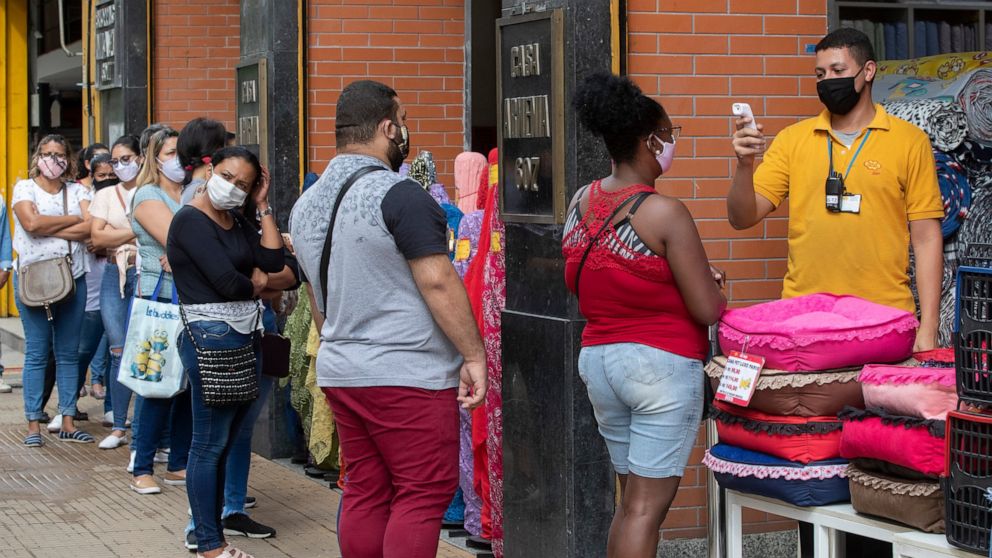 Two Brazilian governors are coming under more fire over allegations of corruption related to COVID-19 spending, with one having his home raided and another set to face an impeachment process

RÍO DE JANEIRO — Two Brazilian governors came under more fire Wednesday over allegations of corruption related to COVID-19 spending, with one having his home raided and another set to face an impeachment process.

Federal police raided the government palace of Para state in the Amazon region as well Gov. Helder Barbalho’s home as part of an investigation into alleged fraud in the purchase of ventilators for treating COVID-19. The search order targeted a total of 23 addresses in six states and Brazil’s federal district in Brasilia, police said in a statement.

Barbalho is the second governor to be investigated in relation to suspect medical expenditures during the pandemic.

On May 26, police searched the residence of Rio de Janeiro state Gov. Wilson Witzel as part of an investigation into alleged irregularities in contracts awarded for the construction of emergency field hospitals. Rio legislators voted nearly unanimously Wednesday to begin impeachment proceedings against the governor.

Witzel has promised eight emergency field hospitals, but only one has opened, near the Maracana soccer stadium.

He denied any wrongdoing and said he was the victim of political persecution.

“I am at ease about my innocence. I will keep on working as governor and will prepare my defense. I am sure that the deputies will judge the facts as they really are,“ said a statement from Witzel, who will continue in office unless the legislative process leads to his impeachment and removal.

Both Witzel and Barbalho have criticized President Jair Bolsonaro’s rejection of quarantine measures to contain spread of the coronavirus.

The alleged fraud in Para stemmed from the acquisition of ventilators worth millions of dollars, done so without a call for bids as allowed by state of emergency protocols during the pandemic. The equipment deployment was delayed and ultimately useless for patients with COVID-19, according to the police statement, which said investigators are looking into alleguations of money laundering and corruption.

The judge who ordered the raid froze $5 million in the bank accounts of Barbalho and seven others, prosecutors said. They said there are indications the governor has a close relationship with the executive who supplied the ventilators and also knew they were inadequate.

“I am at ease and available for any clarification. I acted in time to avoid damage to the treasury, since the resources were returned to the state,” Barbalho said on Twitter. “I am not a friend of the businessman and obviously did not know that the ventilators would not work.” During the operation, police found dozens of bundles of cash in a home belonging to Peter Cassol, former secretary of administrative management at the state health department, according to images shown by TV Globo. In the afternoon, the government announced Cassol’s dismissal.

The Para government said in a statement that it had already gone to court to file for compensation from the suppliers for damages.

Para is Brazil’s fourth hardest-hit state, with about 62,000 confirmed coronavirus cases and more than 3,900 deaths, according to official data, which is considered by experts to be a significant undercount.

Bolsonaro changed the head of the federal police in April, sparking suspicion of political interference in the force as alleged by former Justice Minister Sérgio Moro, who resigned.