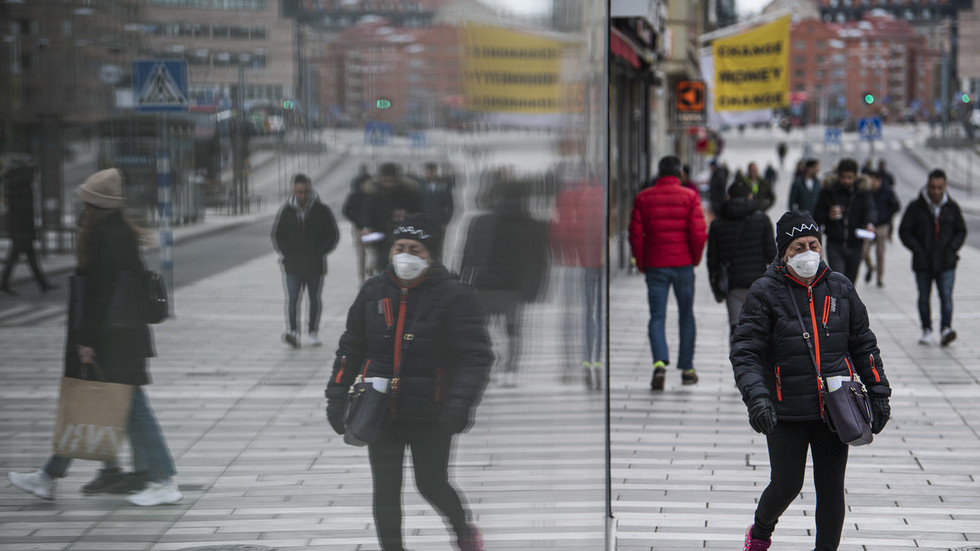 Special recommendations for the over-70s have been removed by Sweden’s government, which suggests the serious psychological and physical consequences of isolation outweigh the risks of the Covid infection.

Despite an increase in coronavirus cases, the Swedish government claimed the risk of infection remained low and announced the recommendation for the elderly to isolate themselves from society would be scrapped.

Speaking on Thursday, Health Minister Lena Hallengren told reporters that the over-70s and special-risk groups were now advised to follow the Covid guidance set out for the rest of the population.

“In turn, this means that it becomes crucial that each and every one of us follows the advice and recommendations that the government and many others repeat as a mantra.” Hallengren added.

The minister was accompanied at the media conference by Johan Carlson, the director general of the Swedish Public Health Agency. Carlson claimed the elderly have borne the brunt of the pandemic restrictions, noting that the mental and physical consequences are significant for those who have remained isolated.

Since the start of the pandemic, those over the age of 70 and in special-risk groups have been advised to limit physical contact and avoid the use of public transport, while also keeping away from shops and other places people visit in large numbers.

The announcement will impact the whole country with the exception of Uppsala county, which has temporarily introduced tougher guidance as Covid cases in the region continue to rise.

Also on rt.com A scientific review of the science behind lockdown concludes the policy was a MISTAKE & will have caused MORE deaths from Covid-19

Unlike its European counterparts, Sweden did not implement early and strong measures to safeguard its citizens from the pandemic. Instead, the country sought to isolate the most vulnerable in society while taking minimal measures to reduce the spread of the virus through the rest of the population.

However, Sweden’s strategy fared no better than its counterparts’, as it currently has one of the highest Covid-19 mortality rates in the world. Since the pandemic began, it has registered 107,355 cases and 5,929 deaths. On Wednesday, the health service recorded 975 new infections and seven fatalities, which is considerably more than the average during the summer months.

Restaurant, bar, and nightclub owners staged a protest against the Portuguese government and its crushing Covid restrictions outside the national

When can I get a coronavirus vaccine?

Probably March for the general population. February for the medically needy general. Population. First doses are going to first responders,

The hate for the Sydney Roosters is real – and unwarranted